While this is uncomfortable, it is not dangerous because the equipment holding up the aircraft is built to handle this kind of stress. More specifically, the tires are strong enough to keep everything in check.

Large airliners land at about 150 to 200 mph-an easy speed for the 27-inch tires to endure. The tire is made of protector, belt, and casing plies arranged in layers. A durable nylon or aramid cord is below the rubber tread and is designed to resist wear.

What reinforces the airplane tires' indestructibility is the initial amount of nitrogen pumped into them. This can then be topped off with air, if needed.

Each airplane tire has maximized pressure-about six times more than how much pressure is in automobile tires. Most aircraft tires are inflated to 200 psi, while an F-16 fighter jet is at 320 psi.

When planes initially touch the ground, the tires are dragged along the runway until they’re able to rotate at the same speed the plane is moving. The reason plane tires don’t pop upon landing is that tire companies such as Michelin AIR and Michelin Aviator design the tread with groves rather than the block patterns we see on automobile tires.

Aviation standards and regulations apply to airplane tires and they require tires to withstand four times their pressure for at least three seconds. This ensures safety, even though it may not always feel like it when you experience a bumpy landing.

The Big Four of the Aircraft Manufacturing Industry 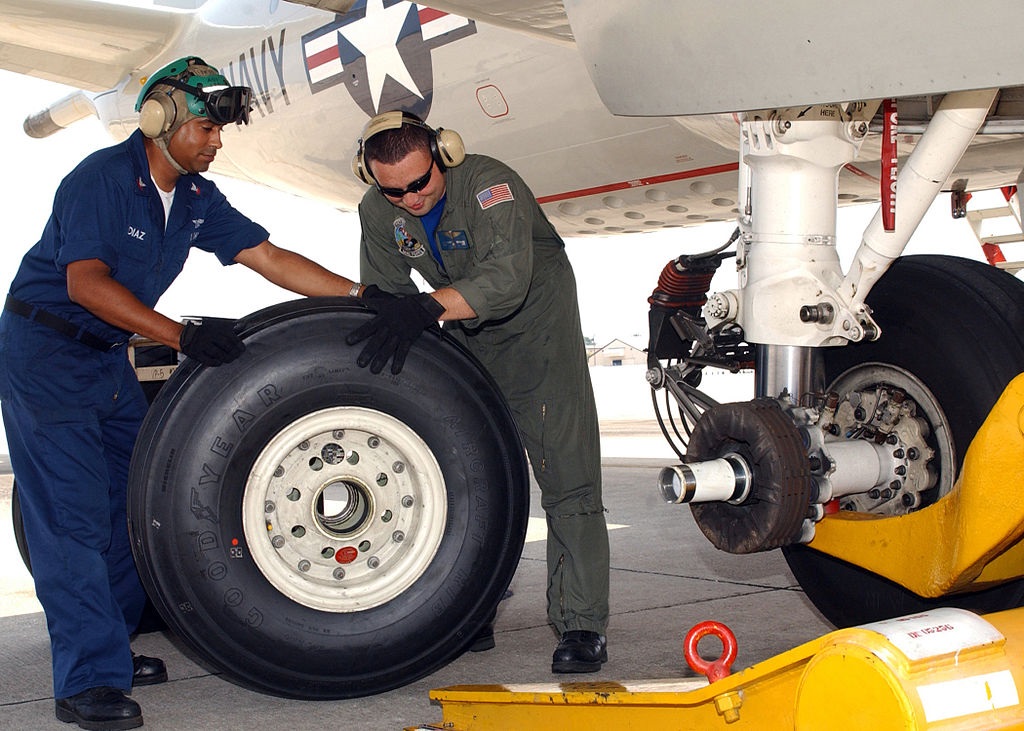 After the aircraft tire manufacturing industry took flight in the early 1900s, companies all over the world were established.

Four corporations control 85% of the market. Goodyear in the United States, Michelin in France, Dunlop Aircraft Tyres in the United Kingdom, and Bridgestone in Japan. Smaller industry companies located in China and Singapore also manufacture aircraft tires, the latter making tires for Boeing-737.

The industry is working towards perfecting the aircraft tire. Incorporating technology into the tires has also become a priority because the tire could collect information and data allowing design improvements. The companies also design tires for aerospace ventures, including the tires that can effectively move across the sand on Mars and other foreign surfaces.