If you ask me, 2018 is off to a great start as far as the moon is concerned. Not only did we kick off the month with a spectacular supermoon, which came with some amazing photos of aircraft flying past the supermoon (some featured below), but we're ending the month with another.

The phenomenon hasn't happened in over 150 years. It is going to be a combination of a supermoon, blue moon, and a lunar eclipse. We're in for a treat with this one!

Before we get into things, we need to talk about apogee vs. perigee. Apogee refers to the moon at its furthest point from the earth while perigee refers to its closest point to the earth. Supermoons take place during the moon's perigee stages. 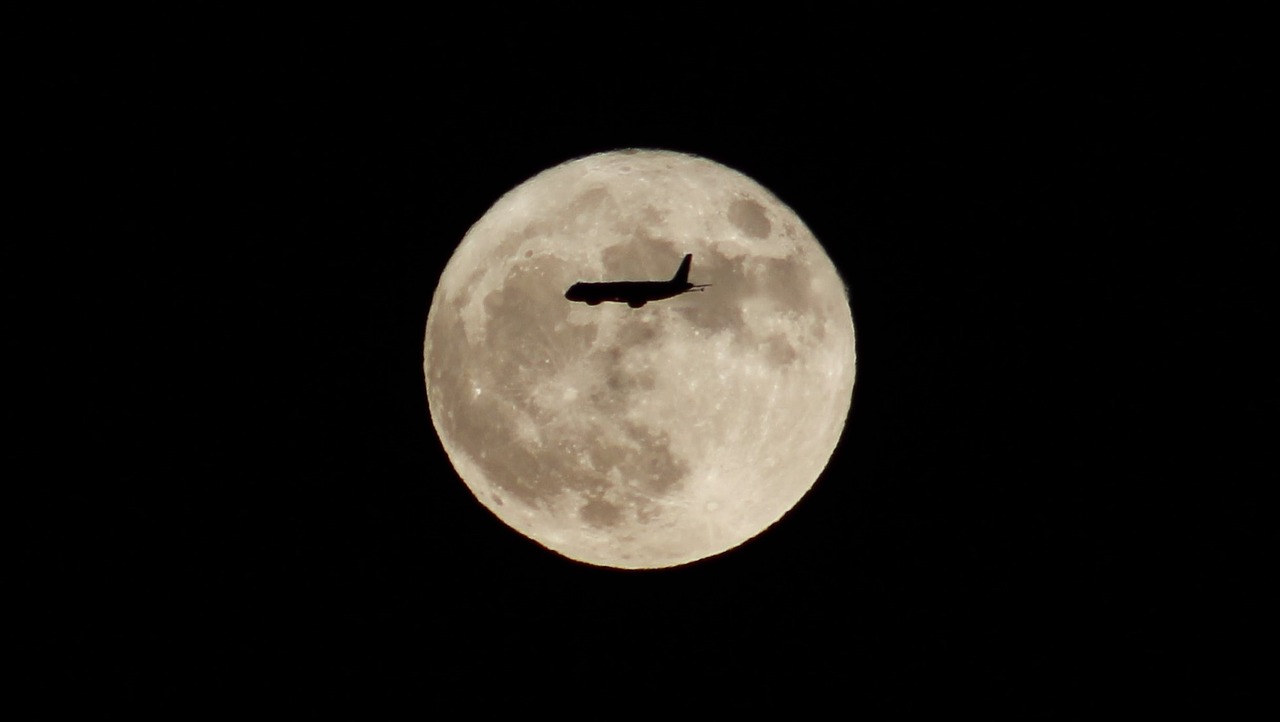 "Supermoon" isn't the official astrological name for the occurrence; rather, it is "Perigee-syzygy." As we've discussed, "perigee" refers to the moon at its closest point to the earth. "Syzygy" refers to a time when three celestial bodies line up in a straight line. When the moon is at its perigee, it can be 14% larger and 30% brighter than when it's at its perigee.

With this month beginning and ending with a supermoon, the second one is called a "blue moon." We all know the phrase "once in a blue moon," but this isn't quite where the phrase comes from. In fact, it might be the opposite because a full moon appearing twice in one month was thought to be impossible.

It's extremely rare that a full moon occurs twice in one month, and while it doesn't appear blue, the saying refers to the rarity of something happening. Rarely does the moon appear blue, and when it does it's often caused by volcanic dust particles that diffract red light and make it appear blue. This happened during 1993 after the volcano Krakatoa erupted.

Fun Fact: Blue moons typically happen about once every 2.5 years, but we will experience a second one on March 31st this year. That's two blue moons in one calendar year!

What is a blue blood supermoon?

"Blue moon" alone sounds interesting, so what's going on with the blood and super part of January 31st's moon? Well, a blood moon occurs when the earth blocks sunlight from reaching the moon. This bends the red-spectrum light from behind the earth onto the moon, creating a red hue, and while this moon isn't technically a supermoon, it's certainly going to appear so.

The fact that these three things are happening all on the same day is extremely exciting to some. If you're hoping to see the moon at the end of the month, here's a map so you can see where the moon will be visible around the globe. The best time to see check out the moon is going to be at moonrise and moonset. In fact, this one is going to stretch from the 30th to the 31st. The moon will reach perigee just before 5 am EST on the 30th, and it will reach its full phase right before 8:30 am the next morning. Despite this gap, NASA is still calling the Jan 31st moon a "super blue blood moon."

On the other hand, we saw a micro moon on January 16th and February will have no full moon. Poor little bugger.