On July 20, 1969, Neil Armstrong and Buzz Aldrin made history by being the first humans to walk on the moon. This feat ended the Space Race against the Soviet Union, or USSR, and fulfilled President John F. Kennedy’s 1961 promise of sending a man to the moon before the end of the decade. While this monumental mission occurred a half-century ago, there’s much to learn about the lunar landing that forever changed history.

What better way to commemorate 50-years since Apollo 11’s success than by delving into past? Here are some out of this world facts about the iconic space mission to broaden your breadth of knowledge on the giant leap for mankind. 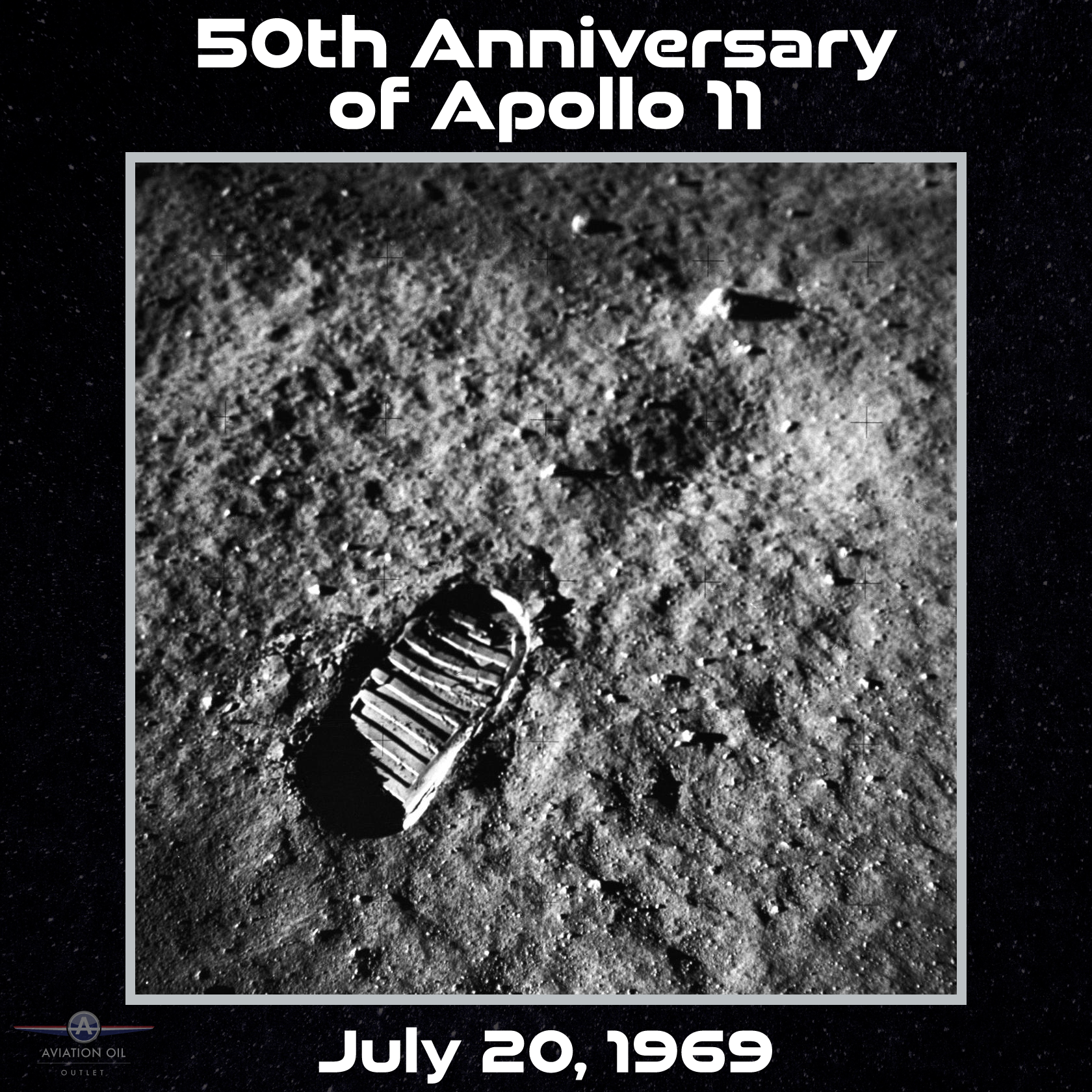 1.The iPhone X has more computing power than the four computers used by NASA for the moon mission.

The Apollo Guidance Computer (AGC)—the most complex software developed at the time—helped navigate the Apollo spacecraft to the moon and back. It’s hard to imagine that the four computers used to monitor the astronauts’ health and spacecraft’s environment are only as powerful as today’s calculator, toaster, WiFi router, and iPhone.

The iPhone X has four million times more storage and 750,000 times more RAM than AGC. It might be important to mention that each of NASA’s four computers cost $3.5 million and weighed 79lbs while the iPhone X only costs $769 and weighs 0.3836lbs.

2. A lingerie company made the spacesuits worn by the Apollo 11 astronauts (and have been making them for NASA ever since).

Playtex may be known for its bras and briefs, but the division of the company—the International Latex Corporation— that manufactured bras and girdles won the Apollo suits contract after constructing hand-sewn suits with 21 layers of synthetics, neoprene rubber, and metalized polyester films.

The suits were extraordinary for their ability to protect the astronauts against the moon’s extreme hot and cold temperatures and the deadly ultraviolet radiation from the sun while still providing mobility. The seamstresses had to be incredibly precise; a slightly wrong stitch could ruin an entire suit.

3. A fifth of the world’s population watched mankind walk on the moon.

It is estimated that roughly 600 million people tuned in on TV to witness this historic event (the largest audience for a live broadcast at that time which would not be broken until 1981 for the wedding Prince Charles and Lady Diana). This makes the Game of Thrones series finale 19.3 million viewers look minuscule in comparison.

4. Most Americans weren’t supportive of NASA’s efforts to put someone on the moon.

You would think that almost all Americans would have wanted to be the first to send a man to the moon, yet only 39% of Americans supported the efforts (according to a Harris Poll six months before Apollo 11’s success.) Many argued that the money being spent on the Apollo mission ($24.5 billion) should have gone towards improving the lives of people on Earth.

Based on the same above mentioned poll, more Americans wanted the government to shut down funding for the space program than the Vietnam War. A whopping 41% said they would choose to cut funding to the space program above any other government activities compared to the 18% that wanted to cut spending on the war.

5. After returning to Earth and landing in the Pacific Ocean, the astronauts were quarantined for three weeks to prevent “space germs.”

The crew was kept in a Mobile Quarantine Facility after returning to Earth because it was unknown at the time if there were any dangerous pathogens on the moon. The facility contained sleeping quarters, a living room, bathroom, and kitchen.

The three men weren’t completely alone during these 21 days—their wives and President Richard Nixon spoke to the space heroes through a communication system. The quarantine against space germs continued until Apollo 14 where it was deemed that there are no living organisms on the moon, thus no need to protect against pathogens.

Knowing the graveness of the situation, Nixon prepared a speech if Aldrin and Armstrong couldn’t make it off the moon. The plan was for Houston to cut off communications and leave the men to their death if the launch had failed. Nixon planned on contacting the astronauts’ wives and delivering the news before announcing it to the world.

7. Armstrong and Aldrin accidentally knocked off the tip of the circuit breaker which shut off the power to the engine responsible for getting them off the moon (but a pen saved them.)

It’s a good thing President Nixon had a speech prepared for a mission failure considering the astronauts almost didn’t make it back. Thanks to Aldrin’s quick thinking, he was able to repair the damage. He used a felt-tip pen to depress the button that had broken off and press the circuit breaker back in.

8. While Neil Armstrong, Buzz Aldrin, and Michael Collins became the figureheads of the moon landing’s success, over 400,000 contributed to the mission.

Approximately 400,000 engineers, scientists, and technicians worked to accomplish the lunar landing. Most of them had never worked in the aerospace industry and were recent graduates (the average age of engineers that worked inside Mission Control was only 28 years old.).

9. Neil Armstrong promised his 82-year-old grandma that he wouldn’t step on the moon if it didn’t look safe.

If you think your grandma’s sweet for calling once a week to check up on you, try Armstrong’s nan who made him make an enormous promise to her. During a TV interview, Caroline Korspeter, Armstrong’s nan, stated how she made Neil promise he wouldn’t step out if it was dangerous and he agreed not to.

10. Neil Armstrong almost died during training a year before Apollo 11.

One of the most famous astronauts almost didn’t get the chance to visit the moon. In 1968, Armstrong was training as the backup commander for Apollo 9 and was working on a simulated lunar module landing. He eventually lost control of the airborne vehicle and decided to conduct an emergency eject mere seconds before the vehicle crashed and burned. Armstrong narrowly escaped death.

11. The Apollo 11 mission was deemed so dangerous that the three astronauts could not get life insurance.

Even though they couldn’t get life insurance, the astronauts wanted to find a way to compensate their families if they did not make it out of the mission alive. They signed hundreds of autographs to sell and raise funds for their families.