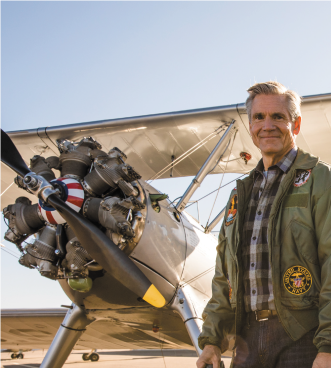 Ideally, aircraft engines should be used on a regular basis. Rust can occur when an engine is used infrequently or operated for a short period without reaching an operating temperature sufficient to evaporate the water generated from the fuel combustion process. Flying at least once a week for 30 minutes to an hour while maintaining an oil temperature in the 180°F range, should eliminate this problem.

Any length of inactivity should be addresses with proper maintenance actions to minimize the potential of internal engine rust. The appropriate action varies depending upon length of inactivity and the area where your aircraft is located. The guidance provided below is for most areas of the country. If you live in a dry or desert area your chances of developing rust is reduced. 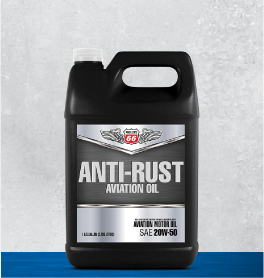 As mentioned above, if your plane is flown several times a month, for periods longer than one hour, there is little, if any, need for additional rust protection. For infrequently flown planes, as one that sits for several weeks to a month or more, we recommend either reducing the drain interval suggested by the engine manufacturers or maintaining the suggested interval and adding a 10% concentration of Phillips 66 Aviation Anti-Rust Oil 20W-50 to the engine oil to boost the rust protection provided by conventional aviation oil. For long-term storage, such as three months or more, the engine should be filled to the normal operating capacity with a fill change of Phillips 66 Aviation Anti-Rust Oil 20W-50, than the plane should be flown for at least 30 mins to fully circulate the oil. For additional long-term storage protection, we also strongly suggest the installation of the desiccant plugs and sealing all engine openings to the atmosphere.

A persistent perception in the aviation community is that monograde aviation engine oils, commonly referred to as straight-grade, adhere to engine parts better than their multigrade counterparts, thus providing better rust and corrosion protection during periods of inactivity. While it may make initial intuitive sense that a straight-grade oil which is thicker than a multigrade oil at ambient temperatures, would remain on engine components longer than a a multigrade oil, our testing conducted for several days and shown in the following graph indicated that all aviation engine oils drain off the parts down to the residual oil film thickness of three to four microns (25 microns = 1/1,000 of an inch) after just a few hours - regardless of the brand or viscosity of the aviation engine oil tested. So, the idea that one achieves greater oil retention and better protection with single grade oils is an inaccurate assumption. The proven advantage of multigrade oils is that they result in faster lubrication at start up when most wear occurs, they exhibit better high-temperature protection in the piston ring belt area and provide significantly clearer engine operation than comparable straight-grade oils.