The Rotor Systems Research Aircraft (RSRA) X-Wing, produced by Sikorsky Aircraft, is certainly an odd bird. First produced in in the 1980s, this plane was an experimental hybrid of both a helicopter and a fixed-wing aircraft.

Only two were built by the Sikorsky Aircraft Division of United Technologies Laboratories for NASA and the Army. It was developed with the intent of allowing the characteristics of a helicopter rotor's in-flight measurements. The goal was to create an aircraft with the hovering abilities of a helicopter and the speed of an airplane.

It has the promise of breaking the trend of VTOL aircraft where higher speed requires higher hovering disc loadings (weight of the aircraft divided by the area of the rotor disc, expressed as lbs./sq.ft.)  Additionally, it can achieve fixed wing flight without the need for a separate wing, promising a lower weight empty fraction (empty weight/gross weight) over those concepts that need both a rotor system and a wing. -Sikorskyarchives.com


Equipped with low-hovering disk loading and high subsonic speed flight power, an X-Wing with two engines had the ability to both hover and fly most of its flight on just one engine. 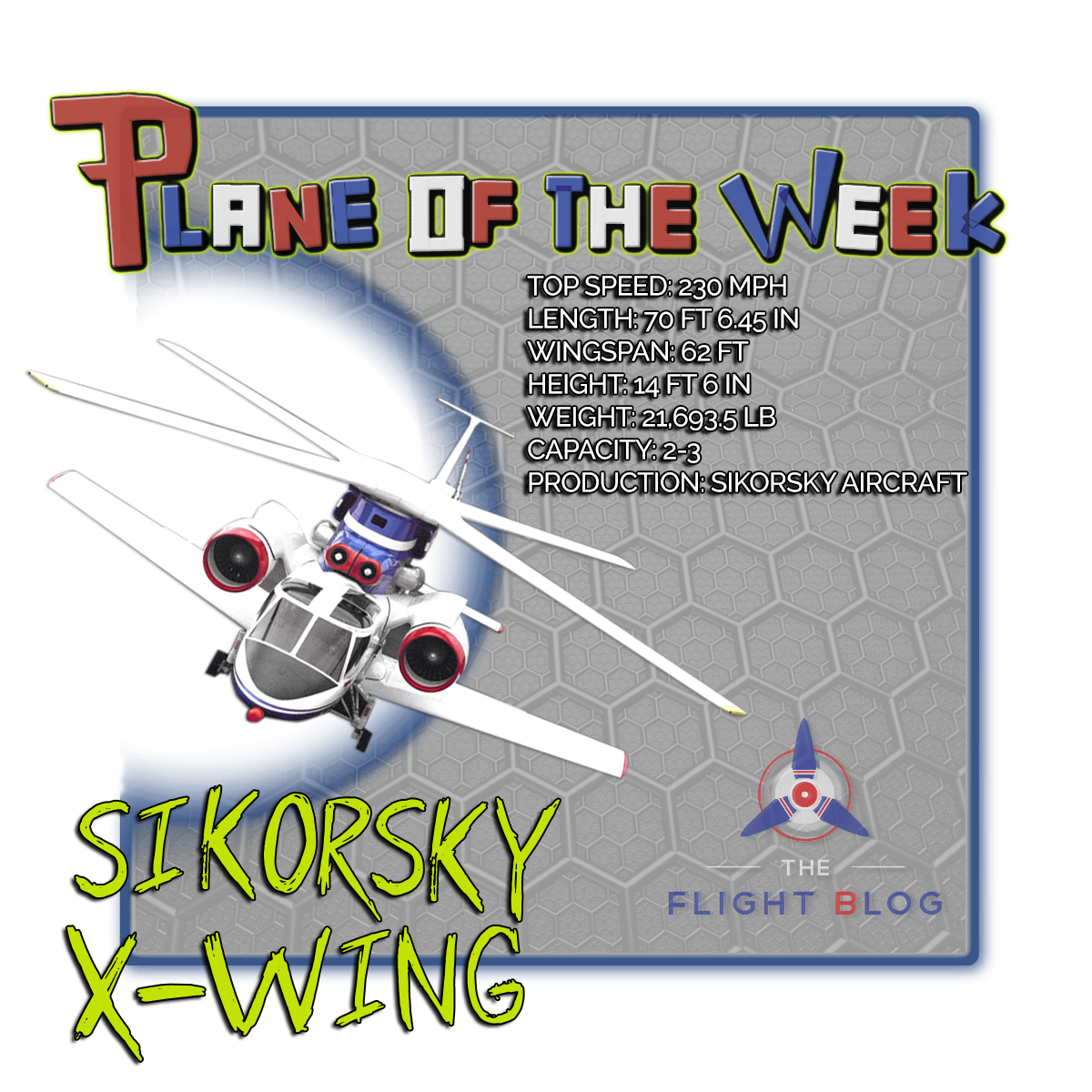 
The idea started with a Professor from England named Ian Cheeseman. He utilized the Coanda principle to create a winged aircraft that could stop and start in flight only for takeoff and landing. Otherwise, he intended for the rotor to be stowed during flight for efficient cruising.

The idea was then elaborated on by David W. Taylor of the U.S. Navy's Research and Development Center to create the X-Wing concept. Then, in 1976, the Defense Advanced Research Projects Agency joined the X-Wing development project.


Between 1976 and 1979, extensive tests were conducted on a small flight test vehicle and success led to a contract with Sikorsky in 1982. This would prove to be one of the most technically challenging concepts Sikorsky would work on.

Testing began at Sikorsky in 1985 through 1986, and in August of 1986, the X-Wing was introduced. It then began flight tests with NASA's Dryden Flight Test Research Facility at Edwards Air Force Base in California.


Further tests were planned but, in 1987, everything came to a sudden stop when Government funding was terminated due to more pressing issues that needed funding.

Still, many obstacles were overcome in the few years this aircraft underwent testing. Work done on the X-Wing had a great impact on technologies that advanced today's aircraft.

Maybe one day, with continued work and testing, an X-Wing will be introduced into service.