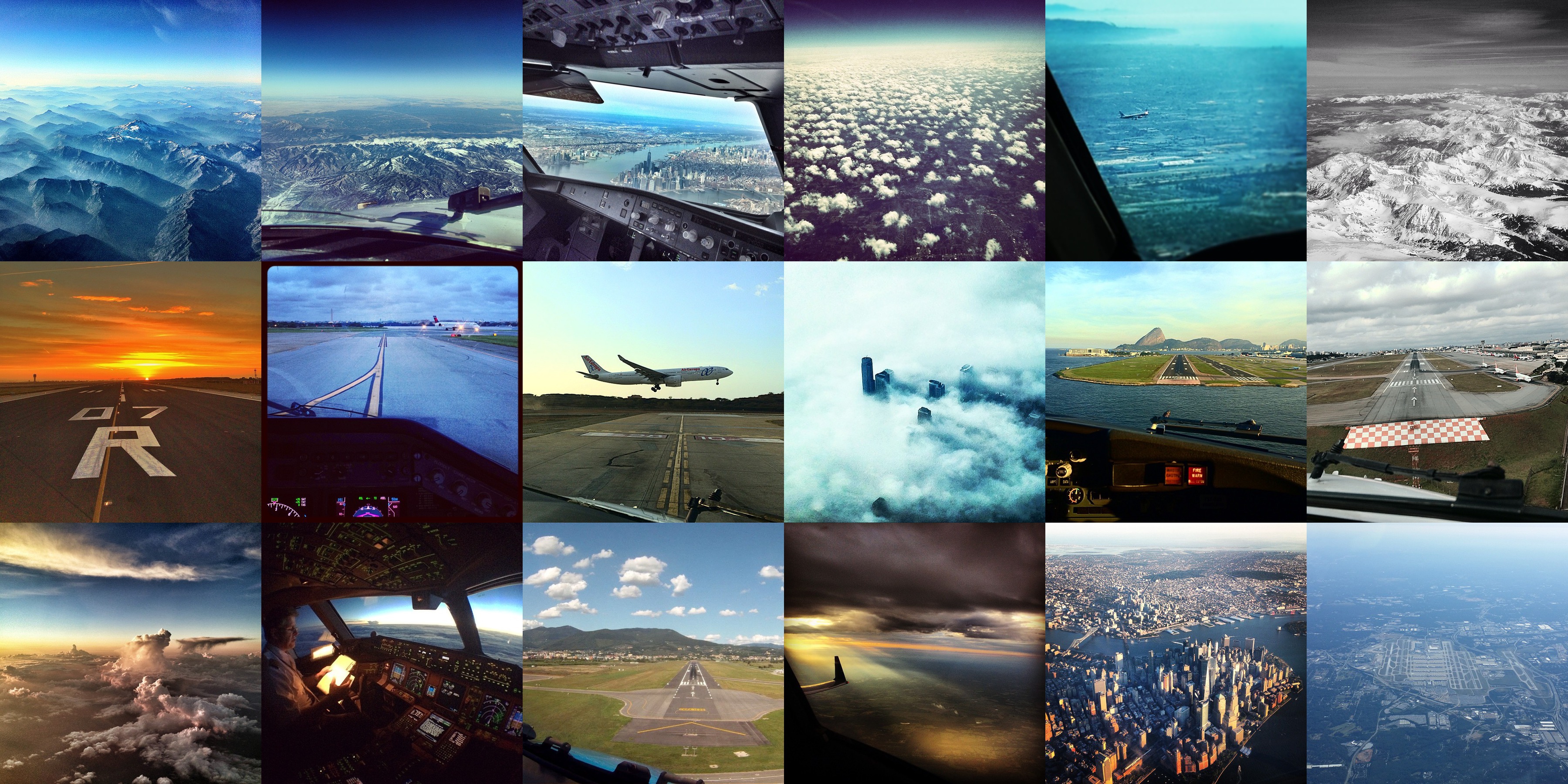 The above photos were illegally taken during flight by pilots employed in commercial airlines.

These photos, obtained from David Yanovski's article on the subject, were taken from (now defunct) Instagram accounts of several pilots some of whom-between the breathtaking cockpit photos-also took "selfies" in their pilot uniforms while on duty. If you're no stranger to cruising altitude, then you've likely seen a large number of sunsets, vast mountainous landscapes, breathtaking lightening storms, and the impressive skylines of many of the country's largest cities; and Lord knows, you probably took "mental pictures" of many of these views. Sitting here in your computer chair, on the ground, you probably wish you had an actual photograph.

But you don't, of course. The FAA prohibits airline pilots from using electronic devices in the cockpit at any time.

To gauge the extent of violations, Quartz has monitored hundreds of Instagram accounts over six months and collected a trove of photos and videos taken by people clearly sitting in the pilot or co-pilot seat on commercial flights. Many images appear to have been captured during critical phases of flight, like takeoff and landing.