The P-51 Mustang was designed by North American Aviation in response to a British specification requirement to build a fighter under a Royal Air Force (RAF) license. They wanted a new design-not something from another company.

So, North American Aviation created a more modern design and produced the first P-51 Mustang for test flights in October of 1940. The project was headed by Sir Henry Self, who oversaw research, design, and producing of the fighter.

P-51s began as British aircrafts, meeting British guidelines and standards, and were first called NA-73. The planes did not carry weapons and were used for testing and development by North American Aviation.

Mustangs looked promising, so the RAF ordered 300 more while the U.S. Air Force ordered 150. The U.S. also armed them with cannons and machine guns.


Original prototypes were equipped with an Allison V-1710 engine, which didn't allow for very high altitudes in flight. As a result, the fighters were limited to performing photographic work and Army co-operation. 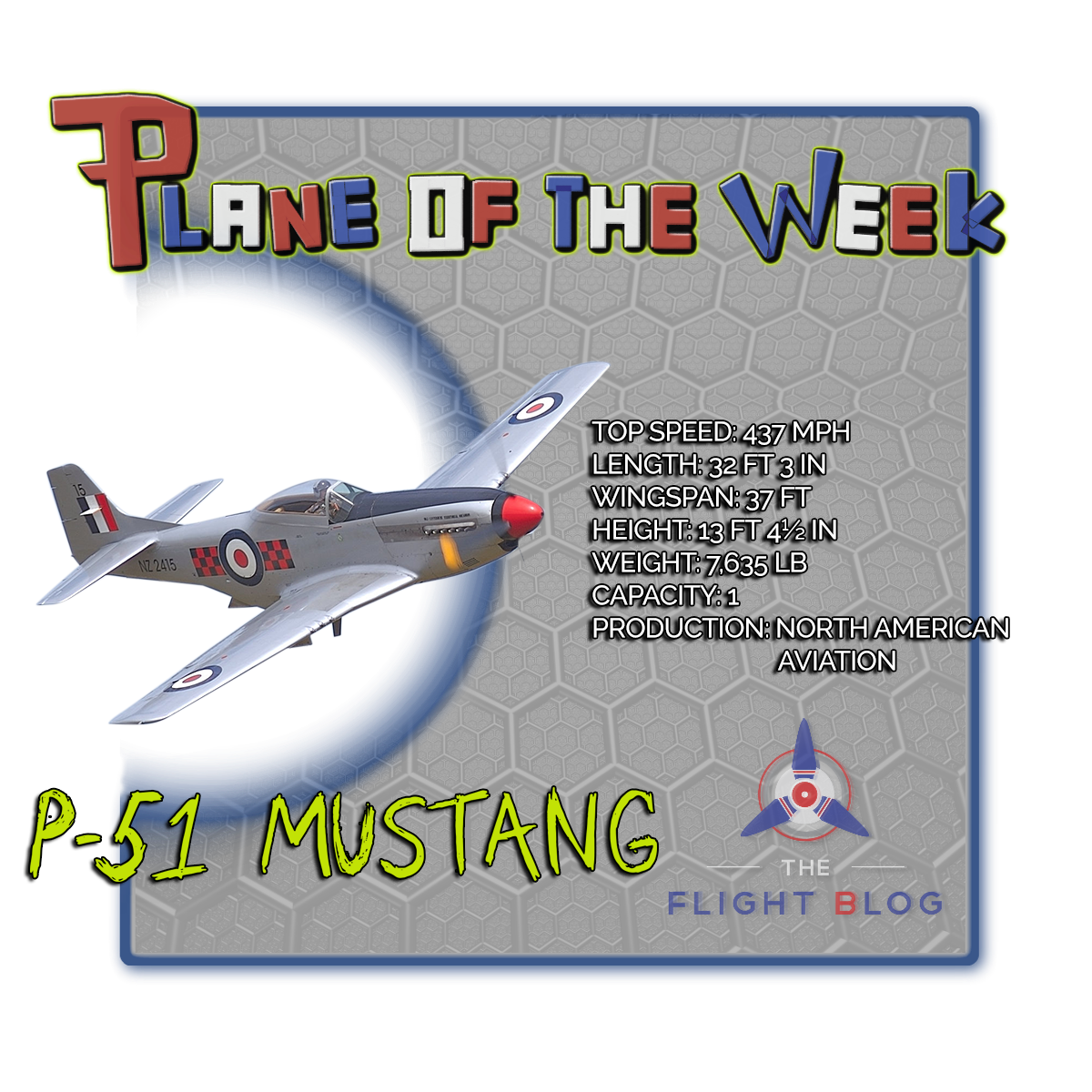 Then, in 1942, a British pilot named Ronald Harker suggested that the plane would be a great fit for the Rolls Royce Merlin engine, which would allow for higher altitudes in flight. This enabled the plane to fly at altitudes much higher than 15,000 feet and its top speed jumped from 390 mph to nearly 440 mph.

Harker's suggestion led to mass production of the aircraft in 1943.

A Valued Fighter in WWII


Prior to the engine upgrade, the P-51 Mustang was the solution to a great need for bomber escorts. With space for an internal fuel load, they could travel with bombers in a round trip flight from England to Germany.

But, with the engine upgrade, they became more valuable in combat. P-51s became available to both the 8th and 9th Air Forces in late 1943. By the end of the next year, 14 of 15 Air Force groups flew the P-51 Mustang and they became an instrumental element in fighting during WWII.

The North American P-51 Mustang is often regarded as the best fighter of World War II.


After WWII, the Mustang served with the US Air Force and other Western air forces. They served in the Korean War, flying more than 60,000 missions and destroying 12 enemy aircrafts.

Today, only about 280 P-51 Mustangs are still with us, and only half of them are able to fly. Enthusiasts can see these popular warbirds at airshows and can even take a ride in one or fly them themselves. You can learn more about experiencing an P-51 flight at stallion51.com.