Today, business and personal flight is the norm-if you're traveling far, you jump on a jet and get there quickly. But 747s weren't always around. The first commercial jet was the Learjet 23. These were also the first products of Learjet Corporation.

In 1959, William P. Lear Sr. started with the development of this jet. Combining elements of Swiss strike-fighters with innovative design features, he created a plane that would stick.

The Learjet was designed to address a completely new market of aviation: commercial travel. Lear St. was inspired by the AFA P-16.

Singer/songwriter/pilot John Denver purchased a Learjet in 1974, which he used to fly to his concerts. 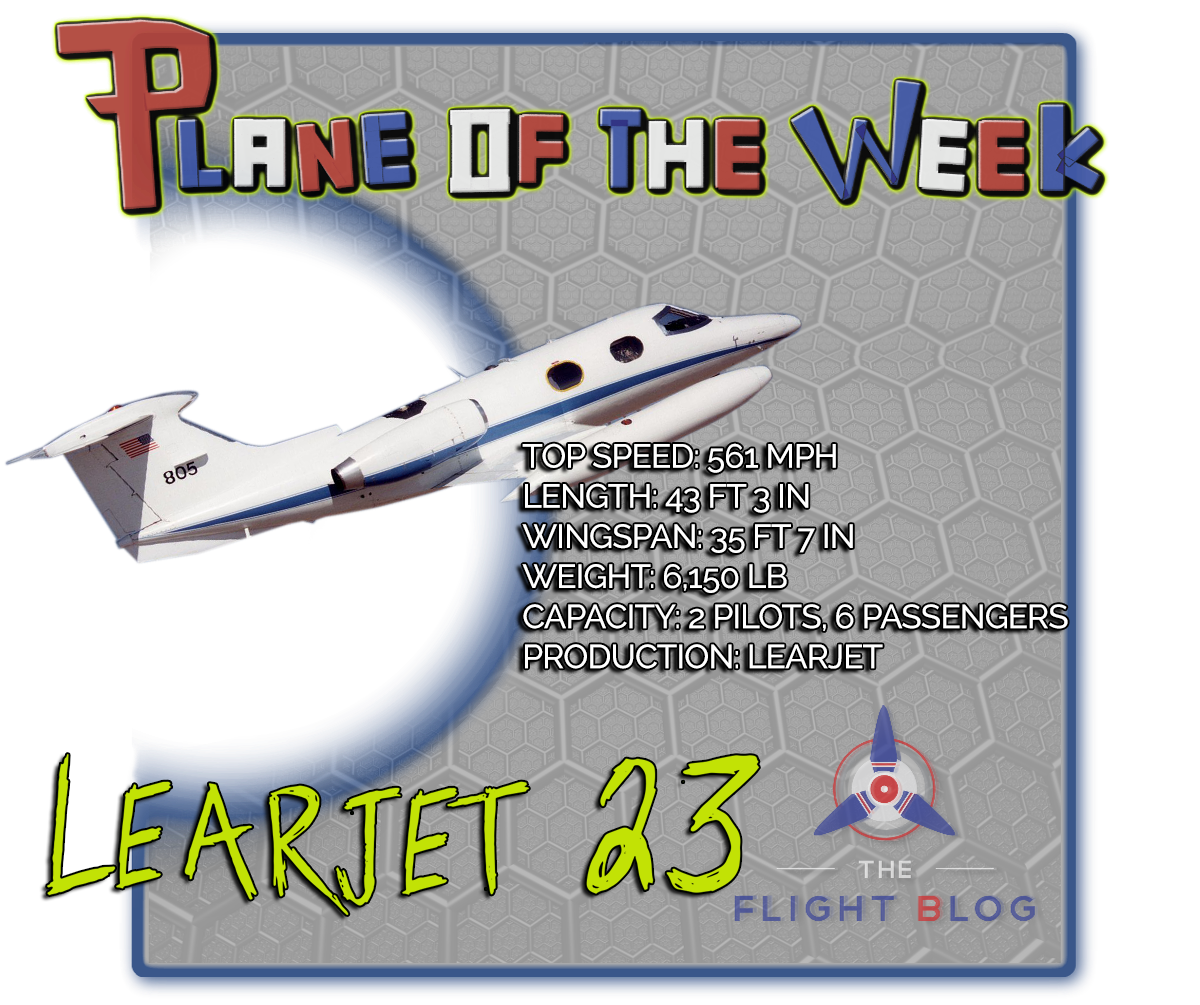 These planes were compact, carrying two pilots and 6 passengers. Design features, such as the narrowing of the fuselage for aerodynamics, made this plane a star in the field. It was able to travel long distances and at a high speed over weather.

However, due to FAA noise compliance, any Learjets 23s that haven't been modified with Stage 3 noise compliant engines or "hushkits" are not permitted to fly in 48 states.

The first Learjet 23 flight took place in October of 1963 with test pilots Hank Beaird and Bob Hagen. This original test plane flew 167 total flights with over 194 hours of flight time.

The Learjet was introduced to the market in 1964. It inspired an entire set of similarly designed planes that are still in production today. It set a number of records, including a climb record of 40,000 ft. in 7 minutes and 21 seconds (1965), speed records (3 total in 1965) and it even started performance records (1965).

The summer before the plane was released to the market, it was awarded a type certificate by the Federal Aviation Administration. A total of 104 Learjet 23s have been built and production stopped in 1966.

A Learjet was used by President Lyndon Johnson as Air Force One for a trip to South Africa. A Learjet is even used to capture a lot of flying footage for movies.

They are still in operation today with only 27 of the original models being damaged beyond repair.