Usually, a double -F- is a bad thing, but this Grumman FF fighter biplane was a winner if I ever saw one.

Between its bulbous, tear drop-shaped body and its nickname -Fifi,- this plane is sure to capture your hearts-if it hasn't already.

The Grumman Aircraft Engineering Corporation was formed in late 1926 by a team of six, led by Leroy and Randle Grumman. They first made seaplane pontoon floats for the Navy, and these floats featured retractable landing gear, so it was natural that they would develop the FF for them.

This plane was the first aircraft design completed for the US Navy. Originally, the Navy wanted a design that would enable their O2U-1 Scout planes to retrofit to the Navy's Boeing F4B-1, but Grumman proposed a new design for a fighter plane, which was first flown in 1931. 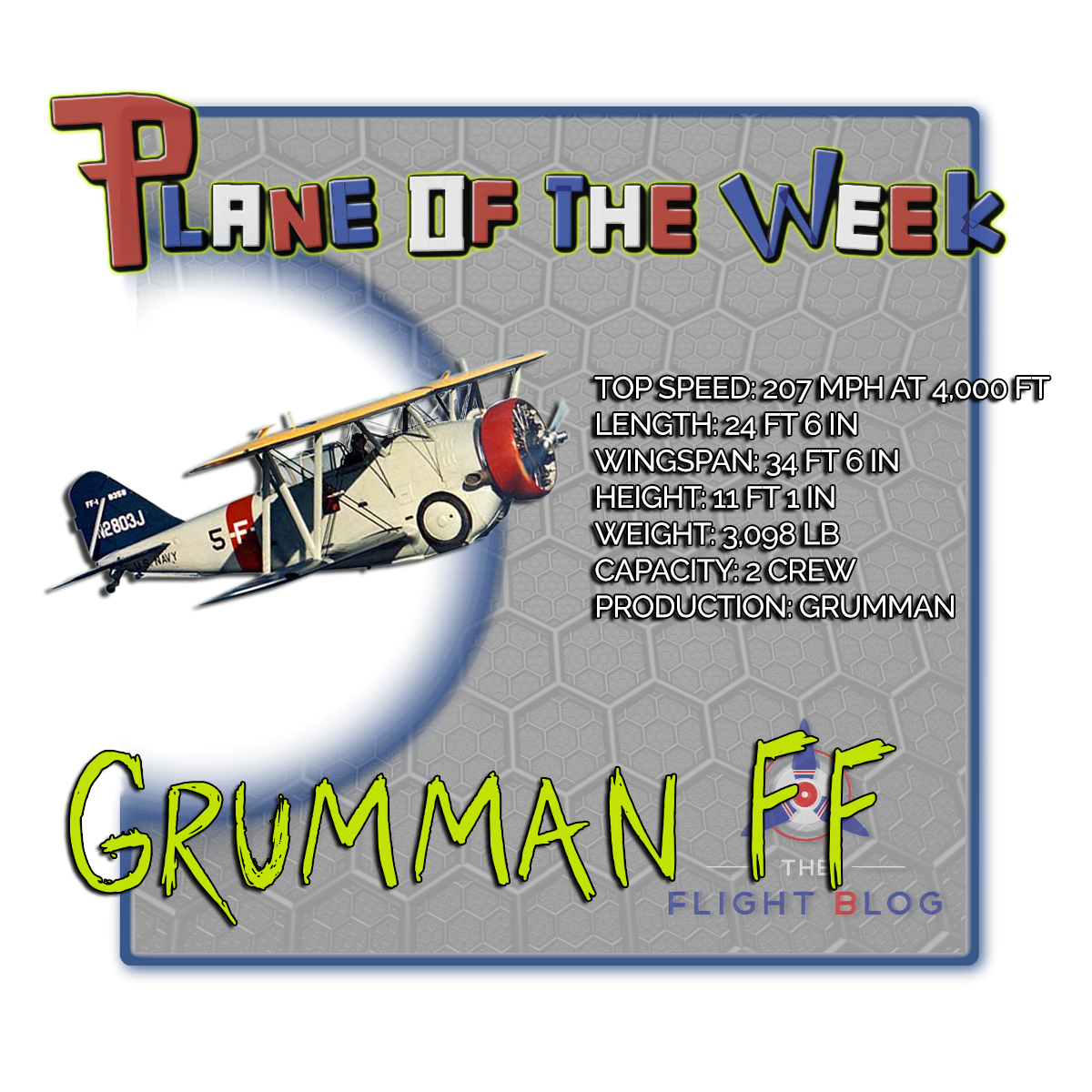 The resulting plane was a two-seater with an enclosed cockpit, all-metal fuselage, and fabric-covered wings. This plane was faster than any other US Navy Fighter of its time after being equipped with a 750 horsepower Wright R-1820F Cyclone, reaching a top speed of over 200 mph.

Each were equipped with two, 0.30 in, M1919 Browning machine guns and one 100 lb. bomb. The plane seemingly had only one negative quality: it took six minutes to climb to an elevation of 10,000 ft.

In Service and Aerial Influence


Grumman FFs began fighting in June of 1933. Just three years later, they were withdrawn from frontline squadrons. Then, 22 planes were redesigned (FF-2) for training purposes.

Many variants were made from this plane, including the Canadian Goblin, Japanese AXG1. Key elements such as its all-metal body and enclosed cockpit, had a huge impact on all future aviation designs.

This was the first Navy fighter and carrier aircraft to use a retractable landing gear and, though it's time as a fighter was short-lived, it was used as a fighter trainer through 1942.