Does Aurora exist? Years of pursuit have led me to believe that, yes, Aurora is most likely in active development, spurred on by recent advances that have allowed technology to catch up with the ambition that launched the program a generation ago.

Aircraft expert and enthusiast Bill Sweetman is pretty certain that the Aurora will one day be revealed to the public; but since 1990, no considerable evidence has been uncovered to prove its existence.


The Aurora - while it remains just a rumor - is a remarkably fast reconnaissance aircraft with a shady history. In 1990, Aviation Week & Space Technology magazine discovered that a non-specific, government-funded project named Aurora was included in the US budget; though nothing came of it, $455 million was allocated to fund this mystery project, referred to as "black aircraft production" 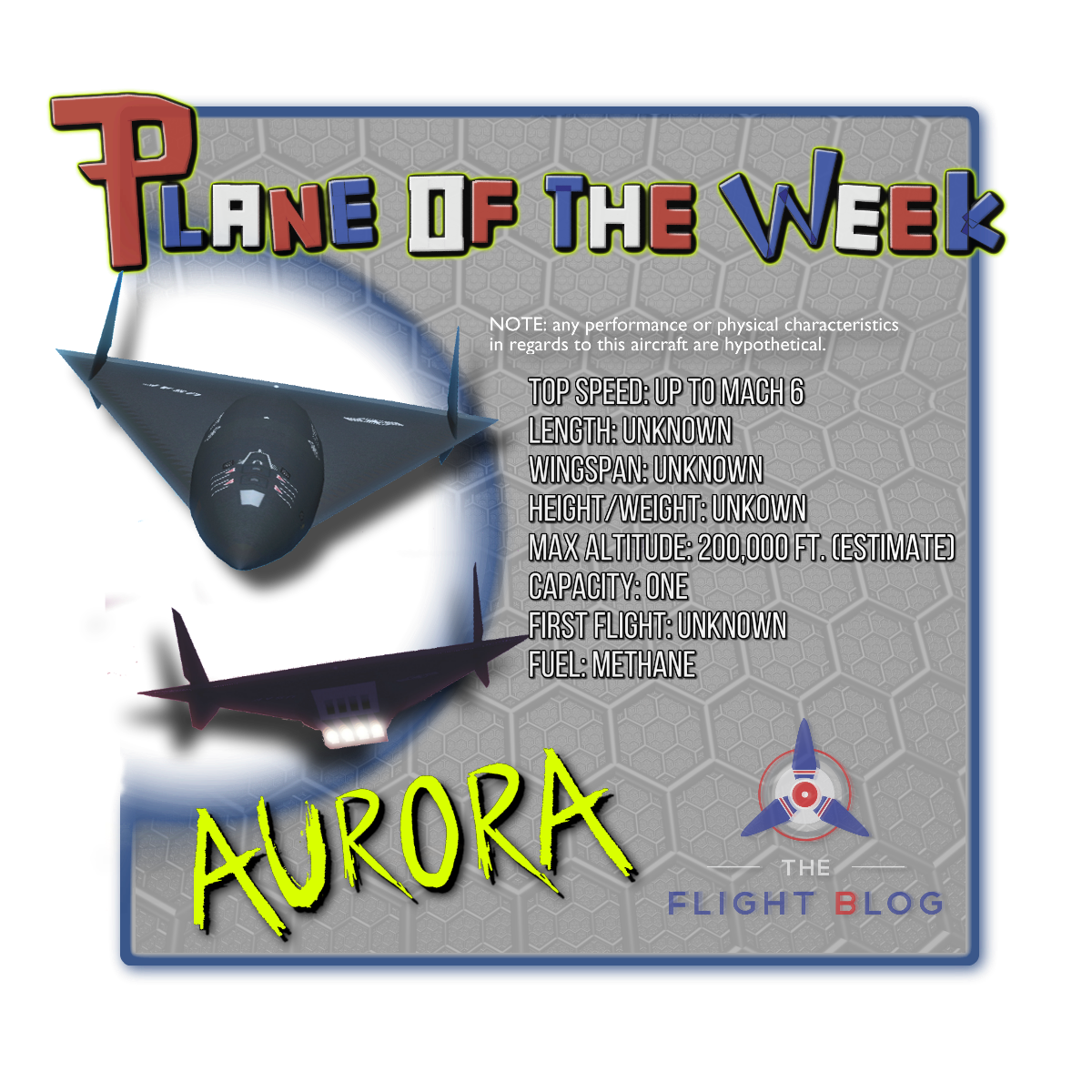 Since then, the government has repeatedly denied the existence of the Aurora, but countless aviation enthusiasts are certain that it exists - or will come into existence - in the near future.

At this stage in the investigation, however, the Aurora - if it does exist - is more likely to be a UFO than a US government aircraft. Still, countless sightings have been reported across the world of a strange, loud, and extremely fast aircraft that many assume to be the Aurora.

The characteristics that most people have associated with the Aurora? An unfamiliar sonic boom associated with Mach 6 performance. One man, Chuck Clark, a former resident of Rachel, Nevada, was quoted as saying:

-'I even saw the Aurora take off one night - or an aircraft that matched the Aurora's reputed configuration-It had one red light on top, but the minute the wheels left the runway, the light went off and that was the last I saw of it. I didn't hear it because the wind was blowing from behind me toward the base-It was thirty below zero-I had hiked into White Sides from a different, harder way than usual, and stayed there two or three days among the rocks-I had an insulated face mask and two sleeping bags, so I didn't present a heat signature. I videotaped the aircraft through a telescope with a five-hundred-millimeter f4 lens'-the author then asked, 'Where's the tape?' 14]


Now, of course, there is a great possibility that this man is stretching the truth a bit, but he could be on to something. In either case, that was many years ago in 1994.

Since then, there hasn't been much talk of the Aurora. Most had determined that it was always intended to be a single prototype or that its service life was very short due to the high performance demands.

Then, in 2014, the familiar loud booms were again heard - however, in this instance, they were audible in two vastly separated parts of the globe: the UK and the Northeastern United States. Sonic booms caused by meteors or other military aircraft, fireworks, and thunder were all ruled out.

Some speculate it was the last known flight of the Aurora hypersonic jet.