The J-3 Cub is a small single engine plane that began production in 1938, and continued that production until 1947. There were about 19,888 J-3 Cubs built in the US and about 150 were Canadian built.

The Piper J-3 Cub was originally built as a trainer but quickly found its way into popularity in the general aviation scene. One of the major factors that propelled this plane to notoriety was its affordable price. When it was new, these planes sold for between $995 and $2,461. Which even when adjusted for inflation ($16,810.17 - $41,577.72) is still a bargain for an aircraft.

During World War II, Piper Cubs joined in on the civilian front as part of the Civil Air Patrol, a newly formed organization tasked with patrolling the eastern seaboard in search of German U-boats.

Piper also developed a military variant of the plane with the designation of O-59, L-4, and NE. Most of the Piper Cub variants are mechanically identical to the J-3 with the exception of some minor details such as a Plexiglas greenhouse skylight and rear window.

Inside the Piper J-3 Cub

Inside the Piper J-3 Cub you won't find the abundance of instrumentation you typically find on modern aircraft. You will find the basics such as the control stick, airspeed gauge, temperature, compass, cabin pressure, engine RPM and a few other items.

Due to the small size of this aircraft, as you might expect, things are a bit snug. The seats are positioned in a row with the passenger or pilot sitting one in front of the other, where, in a plane like the Cessna 172, the pilot and passenger are side by side. 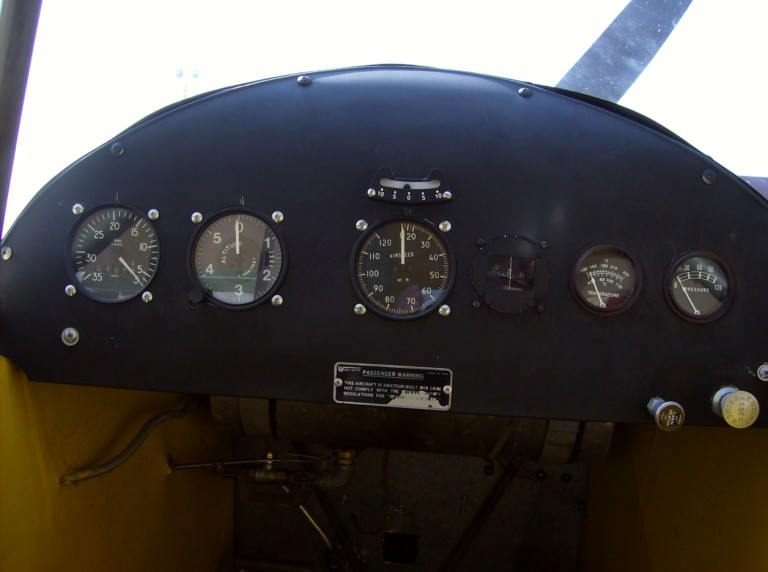 Do you own a piper cub? Do you love it? Share your Piper cub photos and stories in the comments and as always, if there is a plane you would like to see featured let us know!