The Pietenpol Air Camper has been on my mind for quite some time. What is really remarkable about this plane to me is the fact that it can be built by pretty much anyone with a few tools, a few thousand dollars, and some time. The Pietenpol Air Camper was the vision of Bernard Pietenpol who wanted to create a home built aircraft that the average American could fly. In 1928, that vision took flight in the form of the Air Camper. The Air Camper is a two seat, open cockpit style aircraft with a single parasol wing. The intention of Pietenpol was to design an aircraft that could be made from locally obtainable materials. The Air Camper is still a popular choice for people looking to make a home built airplane today. 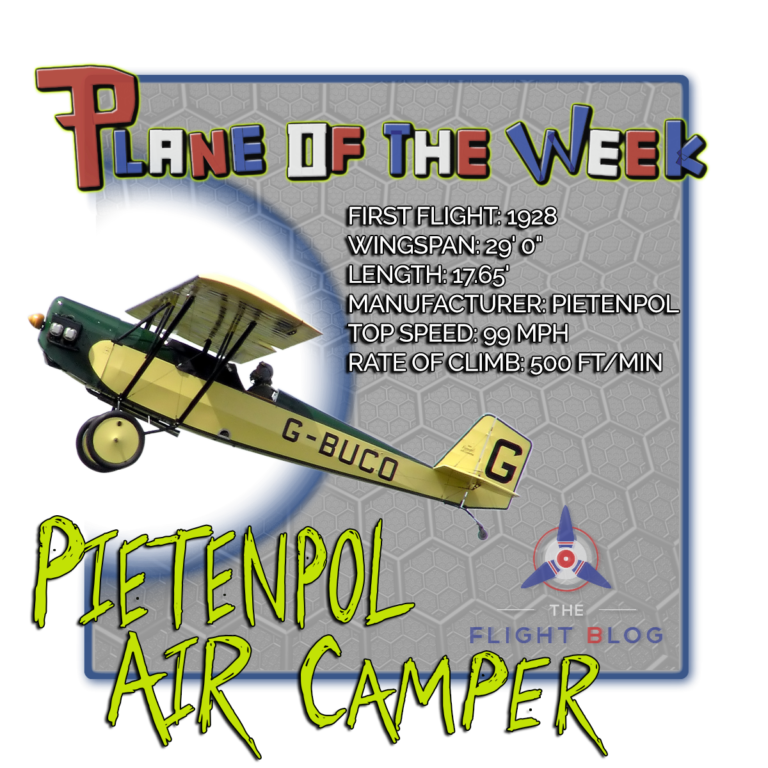 
When the Air Camper first gained popularity, It was typically outfitted with an air-cooled Ford Model A automobile engine. These engines required modification to be able to function as an aircraft engine, but are still often used today in many Pietenpol Projects. In the 1960's Bernard Pietenpol dropped the Model A engine in favor engines from Chevrolet's Corvair car. The Corvair engines were more powerful and ran more smoothly. They also weighed considerably less than the Model A engine.

The whole concept with this plane as I mentioned, was to be able to construct it from readily available materials available to the general public in the 1920's. With that in mind, the primary construction material was spruce and plywood. This allowed for an affordable, lightweight, and strong build.

The Air Camper can be built at home in a garage, or even a basement with the three-piece wing variation that allows for the 30-foot wing to be assembled in 3 smaller sections.

One thing I've heard or read repeatedly in regard to the Air Camper is -low and slow- meaning that the Air Camper was most comfortable at lower altitudes and slower speeds, making it a great plane for the general population to get into. With very simple controls, and a limited set of instrumentation, there is not a ton to learn in regard operating this bird, which allows you to focus on what's important, flying the plane. These planes are great for flying from fields and if you fly within the FAA's rules, you don't even need radio communication equipment, though having that equipment would expand where you can fly.

So as you can see, the Pietenpol Air Camper has a lot to offer in a small package. I really think it is personally one of my favorite planes and would love to get the opportunity to build or fly one. If you are interested in seeing more about the Air Camper, check out this video from the guys at Flite Test.