Trust us: there's nothing super fishy about this plane, even if you question the ability of a plane to "sit" on its tail.

This experimental "tail sitter" prototype originated from a proposal by the U.S. Navy in 1948. They were looking for an aircraft that was capable of vertical takeoff and landing (VTOL) aboard platforms mounted on the afterdecks of conventional ships. Both Convair and Lockheed sought the government contract--but in 1950, the Navy revised the requirements: they now wanted a research aircraft that was capable of becoming a VTOL ship-based convoy escort fighter.

Runway? We don't need no stinkin' runway. At least that's what Lockheed probably wanted to say when they were awarded the contract. That's probably what the military wanted to say, too, eventually. The navy ordered two prototypes from Lockheed on April 19, 1951. Of the two prototypes, one was built to fly while the other remained an incomplete airframe. 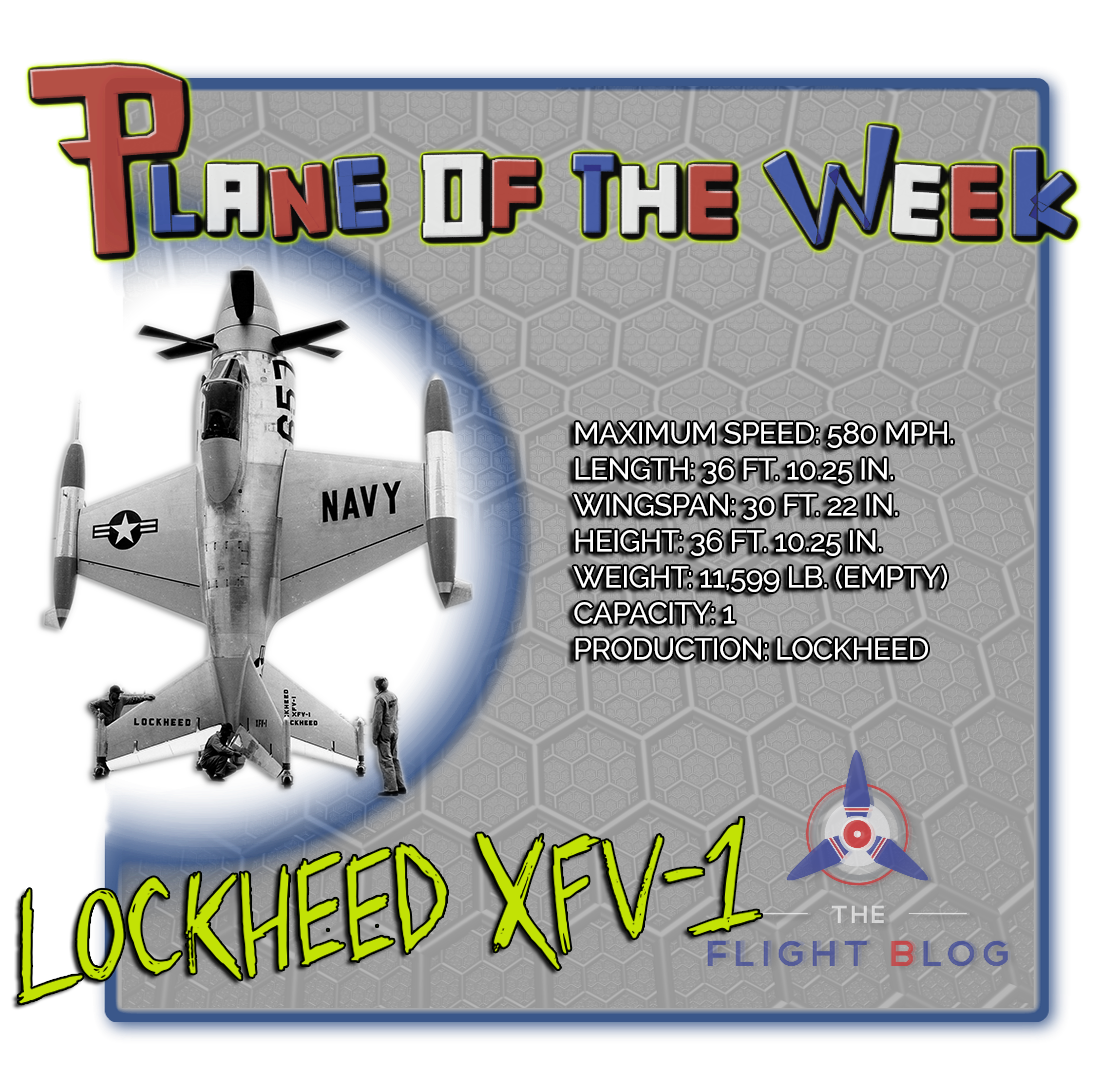 Will this fish fly?


The Lockheed XFV-1 was powered by a 5,332 hp Allison YT40-A-6 turboprop engine driving three-bladed contra-rotating propellers. Tail surfaces were a reflected cruciform v-tail that extended above and below the fuselage. The aircraft looked pretty weird, to be perfectly frank, which really didn't instill a heck of a lot of confidence in the plane. The strange-looking, makeshift, fixed landing gear really didn't help matters, either. Lockheed employees sarcastically referred to the aircraft as the "pogo stick," in direct reference to their rival Convair's XFY Pogo.

The craft was also called the "Salmon" in reference to Lockheed Chief Test Pilot Herman "Fish" Salmon. Initial success came in 1953 when during flight testing, Salmon managed to taxi the "Salmon" past the lift-off speed and achieved a brief (and unintentional) "hop" on December 22nd. It's first official flight occurred less than a year later on June 16, 1954.

The next step was to begin full VTOL testing; however, testing was delayed when the specific engine required to reach this stage (the 7,100 shp YT40-A-14) never materialized. Post-Salmon hop, the XFV made a total of 32 flights, briefly holding a hover at altitude, and even managed a few in-flight transitions between conventional and vertical flight-mode. These minor successes, however, weren't enough to save this project.

The XFV-1 was ultimately cancelled in June 1955. It had failed to make a single vertical takeoff or landing (except for Salmon's accidental hop), and only super duper experienced pilots were allowed to even consider flying this fish. Eventually the Navy realized, too, that even if the Salmon was a successful VTOL aircraft, its speed would never be able to match those of contemporary fighters. So really, what was the point, then?

Ok, ok, so maybe this aircraft is a little bit fishy, after all...

The flying protoype made its way to the Sun 'n Fun Campus Museum at Lakeland Linder Regional Airport in Lakeland, Florida. It was refurbished at the museum's Buehler Restoration Center and is on outdoor display. The second prototype (which never made it past the airframe stage) is on display at Los Alamitos Army Airfield in California.