As a nimble jet, the L-39 Albatros trains future pilots and prepares them to use heavier, larger planes in the future.  Air force units and the military utilize the plane for tactical aircraft, as well as a light ground support fighter.

Pilots refer to the plane as an aggressive, agile aircraft with speed and maneuverability. The cockpit also has high visibility for pilots and they enjoy flying the plane. In addition to training purposes, the plane is heavily used as an aircraft for air to ground support systems and as a tactical reconnaissance aircraft. 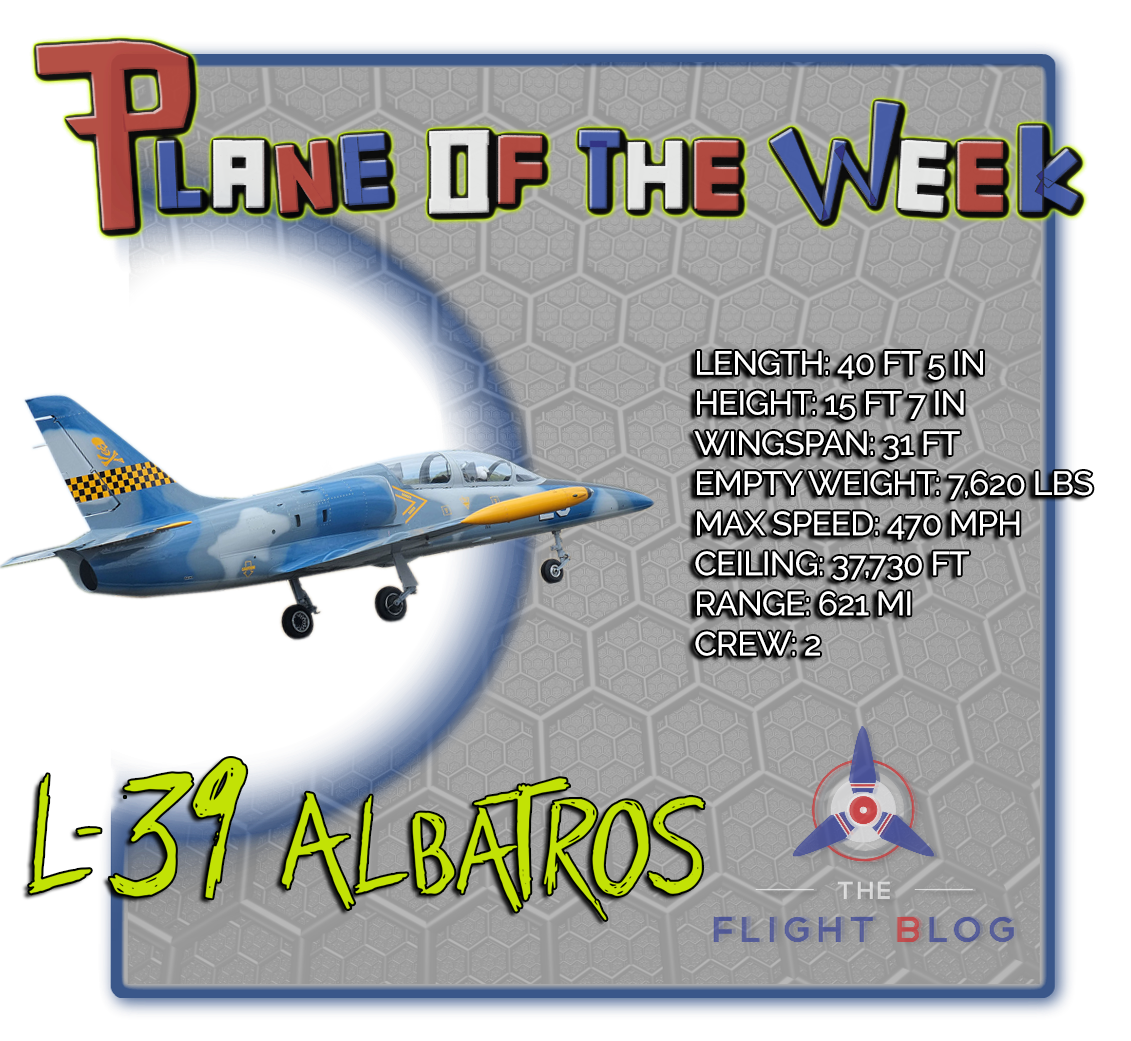 
Aero Vodochody, a Czech aviation company, developed the plane in the 1960s. Its first flight was on November 4, 1968, and it premiered as L-29 Delfin's successor. Additionally, the aerospace company produced the L-59 Super Albatros and the L-159 Alca light military combat jet. Production was briefly stopped to resolve issues with the air intake design and then resumed in 1974. It was the first plane to be powered by turbofan engines and manufactured for the Czechoslovakian Air Force.

Developers built three variants of the Albatros for military and private use. The L-39ZA was the armed-weapons trainer version and resembled L-39ZO. The L-139 Albatros 200 was also equipped with a U.S.-built Garrett TFE731 turbofan engine.

Known as the most popular jet warbird, the aircraft offers a lot to those who fly it.

An Ivchenko AI-25 TL twin-shaft turbofan engine powers the machine and it's equipped with advanced systems and features. An automatic Ram Air Turbine (RAT) extends from a precaution for engine or generator failure. Other attributes include backup hydraulic accumulators, speed brakes, an emergency fuel control system, and an environmental control system.

Engineers designed the plane to be cost-effective and simple. It's fit for inexperienced pilots who are in training and the uncomplicated design makes repairs easy. It also has low landing speeds and can takeoff from harsh airstrips, such as lake beds.

The L-39 Albatros' operational history traces back to several different countries around the world. In addition to the United States, Belarus, Bulgaria, and Thailand have used the plane. Approximately 2,900 L-39s were produced and it serves in 30 air forces.