Ercoupe took its first flight in October 1937 and quickly became a favorite for non-professional pilots. Aviation companies had experienced negative effects of the Great Depression. As a result, the National Advisory for Aeronautics (NACA) called on aviation engineer Fred Weick to design a spin-resistant aircraft that would prioritize safety and reduce fatalities.

Celebrities such as Dick Powell and Jane Russell promoted plane sales even further. Magazine endorsements through LIFE and Saturday Night Post boosted popularity. By the end of 1945, the airplane was available in department stores from Denver to Allentown. ERCO produced 34 Ercoupes per day at its peak and manufactured more than 4,000 planes in 1946. 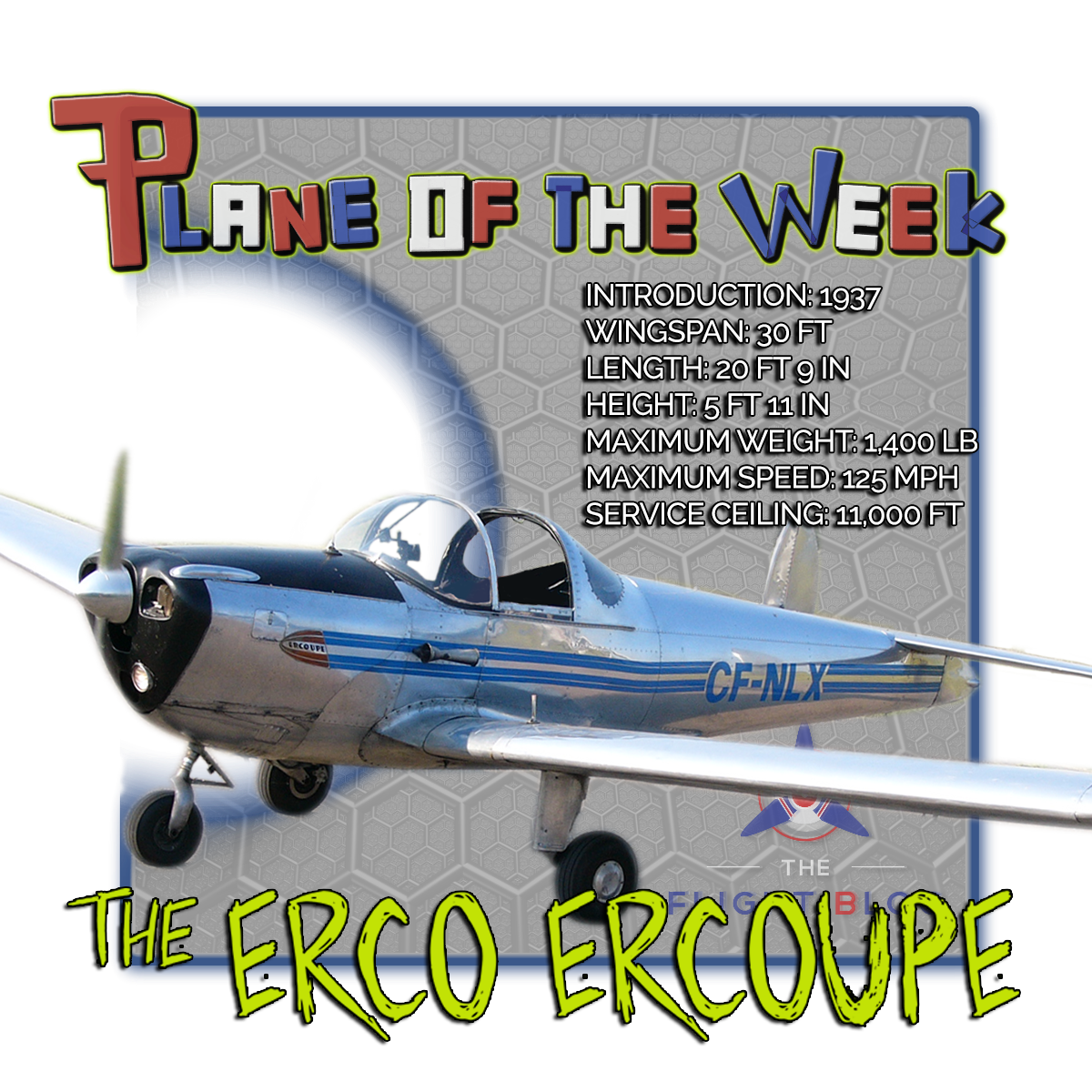 The plane was manufactured by the Engineering and Research Corporation (ERCO) in Riverdale, Maryland and came without rudder pedals. However, the connection between ailerons and limited-travel rudders allowed flying the machine to be as straightforward as driving a car. Other features of the plane included tricycle landing gear designed to prevent "nose over" landing accidents, a high parasol wing, and a control wheel all supported by a single engine.

Although the plane was built for the average consumer, experienced pilots became doubtful. They were concerned that amateur pilots could not maneuver sudden speed drops. By 1970, the plane had scored poorly in most of the seven crash-type categories studied.

Ercoupe production came to a halt at the close of WWII as the civilian aircraft market bottomed out. Several wooden models were built and utilized during the war since they flew more quietly, and were ultimately used in the Civil Air Patrol and Civilian Pilot Training programs. Production was briefly resumed in 1946, but ended again in 1951 due to the Korean War. The plane's final model appeared in 1970 as the Mooney-10.


Today, approximately 2,000 Ercoupes still exist while only about half are registered to fly with the Federal Aviation Administration (FAA). The Museum of Flight in Seattle, Washington is currently restoring an Erco 415C Ercoupe at the Restoration Center at Paine Field.