Sometimes, you want an aircraft that is all sleek and modern-a plane that might as well transport you into the future while it takes you to your destination. If that's you, then the Cessna 195 is certainly not the plane you are looking for. Rather, this classic bird is the embodiment of retro nostalgia.

The businessliner with all the 1950s flair you could want


The Cessna 190 and 195 (same plane just with different engines and scaling) first came into being in the mid-1940s as a classier alternative to the Beechcraft Bonanza.

The post-war Cessna 195 Businessliner was Cessna’s first aluminum airplane and their only postwar radial-engine aircraft. Like the pre-war Cessna 165 Airmaster from which the concept was derived, the 195 features a cantilever wing. When the welding and woodwork needed to build the 1930s-style 165 became prohibitively costly with WWII, aluminum aircraft took off as a much more affordable and efficient option.

The first 195 prototype flew in 1945 and Cessna began production for both the 190 and 195 in 1947. When introduced to the public, it cost nearly $13,000 (over $139,000 today). This was about $3,000 more than the smaller, faster, and cheaper Beechcraft Bonanza. The goal wasn’t necessarily to outperform the Bonanza; rather, the 195 was to one-up the competition in terms of interior comfort and class. 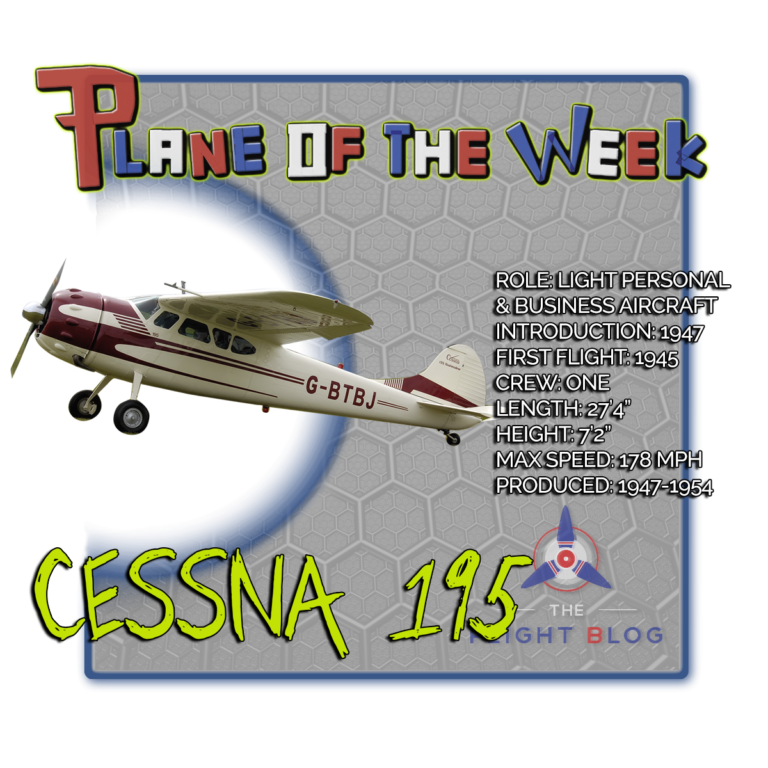 Besides the initial expense to purchase the aircraft, it was also relatively costly to operate for private use. For this reason, Cessna primarily marketed it as a business aircraft. Cessna ultimately stopped production in 1954. However, while its competitor the Beechcraft Bonanza never left production, the Bonanza has never had the same type of following as the Cessna 195.

Many pilots and collectors consider this aircraft to be “one of the finest classics ever built.”

Kenneth Stapleton submitted his Cessna 195A for our latest round of #AOOFlightClub. And while his plane didn’t win this time, it certainly blew us away with its unique color scheme. 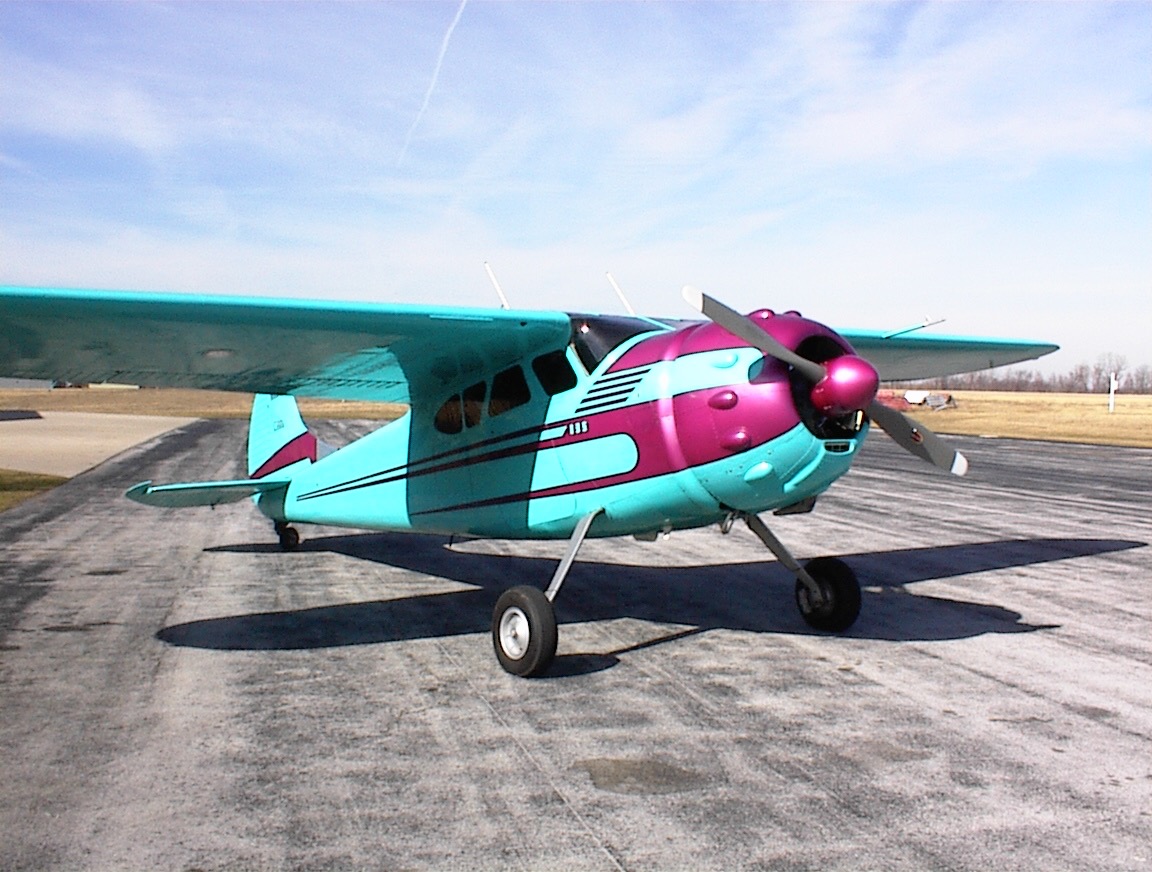 Here's what he said about his plane:

This aircraft was restored in the early 90's and although the paint scheme is authentic to its 1951 vintage, the colors are not.  The restorer also ran a paint shop and wanted this project to draw some attention to his skills as a painter.  An aquamarine base color with a 1/4" purple pin stripe to offset the magenta trim is truly unique and certainly carries a strong curb appeal.

Think your plane has what it takes to make it in the #AOOFlightClub? Sign up for our Aviation Oil Outlet newsletter here so you know when we open submissions for the next round!