No matter what you call it- Stearman Biplane, Boeing-Stearman Model 75, PT-17, or Kaydet-one thing remains the same: it's one of the best-known biplanes in history.


The Stearman Aircraft Co. manufactured the Stearman Model 75 from 1934 through 1945 in Wichita, Kansas. During this time, they produced around 10,000 aircraft. 8,584 aircraft were completed while the rest were spare parts (equaling about 2,000 planes worth).

The Model 75 was used as a military trainer aircraft primarily for the US Army Air Forces and US Navy. The Royal Canadian Air Force also utilized this biplane (known as the Kaydet) during World War II. Post-war, surplus aircraft entered were sold into the civilian market. Many of these biplanes became crop dusters, sports planes, and were used for aerobatic and wing walking in air shows.

In terms of its design, the Model 75 is a conventional biplane of rugged construction. Stearman built these planes with a large, fixed tailwheel undercarriage. Typically, they have an uncowled radial engine. Most airframes have remained the same across all aircraft produced. The major differences between planes have been the engines, ranging from the Lycoming R-680 (225 hp), Continental R-670 (220 hp), and the Jacobs R-755 (225 hp) to the Lycoming R-680 (300 hp), Pratt & Whitney R-985 (450 hp), and the Jacobs R-775 (275 hp). Most Stearmans have either the Sensenich wooden prop, ground-adjustable McCauley steel blade prop, or the fixed-pitch Hamilton Standard propeller. 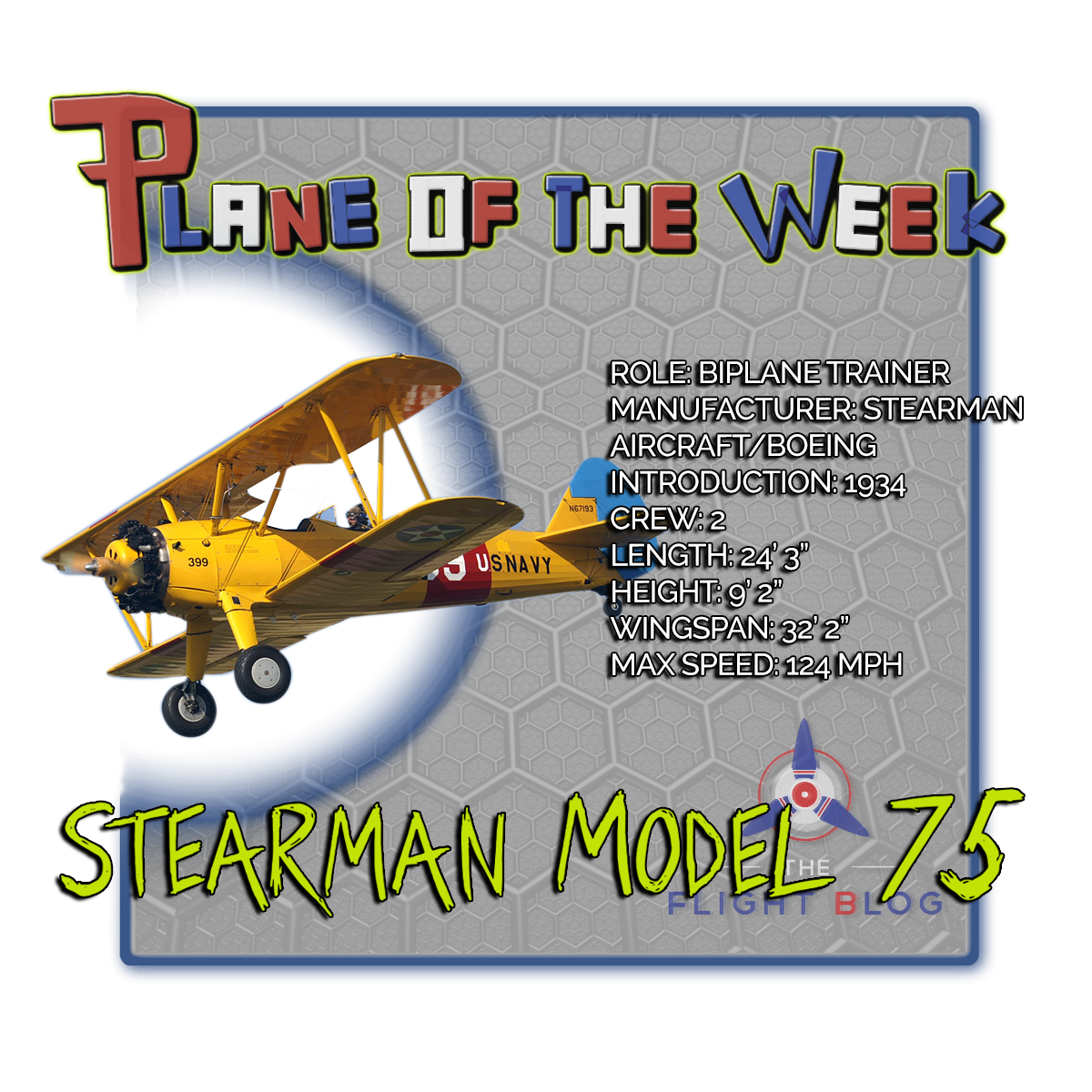 The primary differences between aircraft manufactured for the U.S. Army Air Corps and the U.S. Navy were the engine and the tail wheel. While Stearman outfitted Army planes with a fully-steerable tail wheel, they gave Navy planes a full swivel type with a lock. Today, most Stearmans have been modified with a steerable tail.

The Stearman Model 75 (frequently referred to as simply the Stearman) proved to be the Stearman Aircraft Corporation's most successful and enduring product. Initially founded in 1926 and then later reestablished in 1927, Stearman became a subsidiary of Boeing in 1934.

A number of these aircraft remain in flying condition throughout the world. The Model 75 biplane continues to be a popular sport plane and warbird.

Fun fact: a Boeing-Stearman Model 75 biplane was the winner of a round of #AOOFlightClub! Check out this beauty: 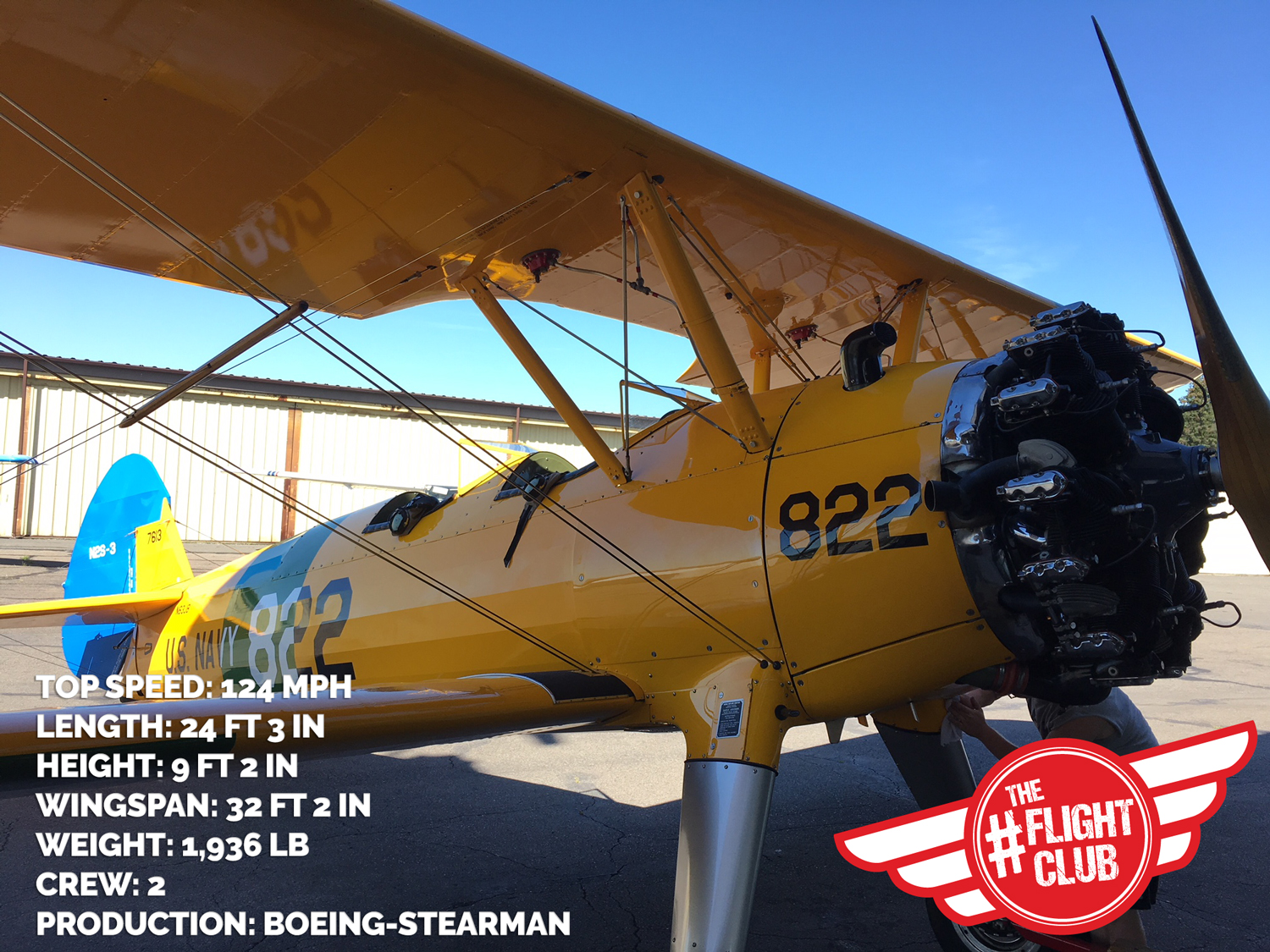