The Bell X-1, piloted by Chuck Yeager, was the first manned airplane to exceed the speed of sound in level flight.

In 1942, the UK's Ministry of Aviation began working on a super top secret project with Miles Aircraft to develop the world's first aircraft to break the sound barrier. While working on the project, they developed a prototype designed to reach 1,000 mph, which at the time was over twice the existing airspeed record. It was also designed to climb an altitude of 36,000 feet in 1.5 minutes. By 1944, the design was nearly complete, and Miles was given the go-ahead to begin prototype construction.

Later that year, the Air Ministry signed an agreement with the U.S. to exchange high-speed research data. Supposedly Bell Aircraft had access to research on Miles' prototype (M.52), but the U.S. provided no information in return. Little did they know, Bell had already started construction of a rocket-powered design of their own. They just had some tail issues.

"A bullet with wings" 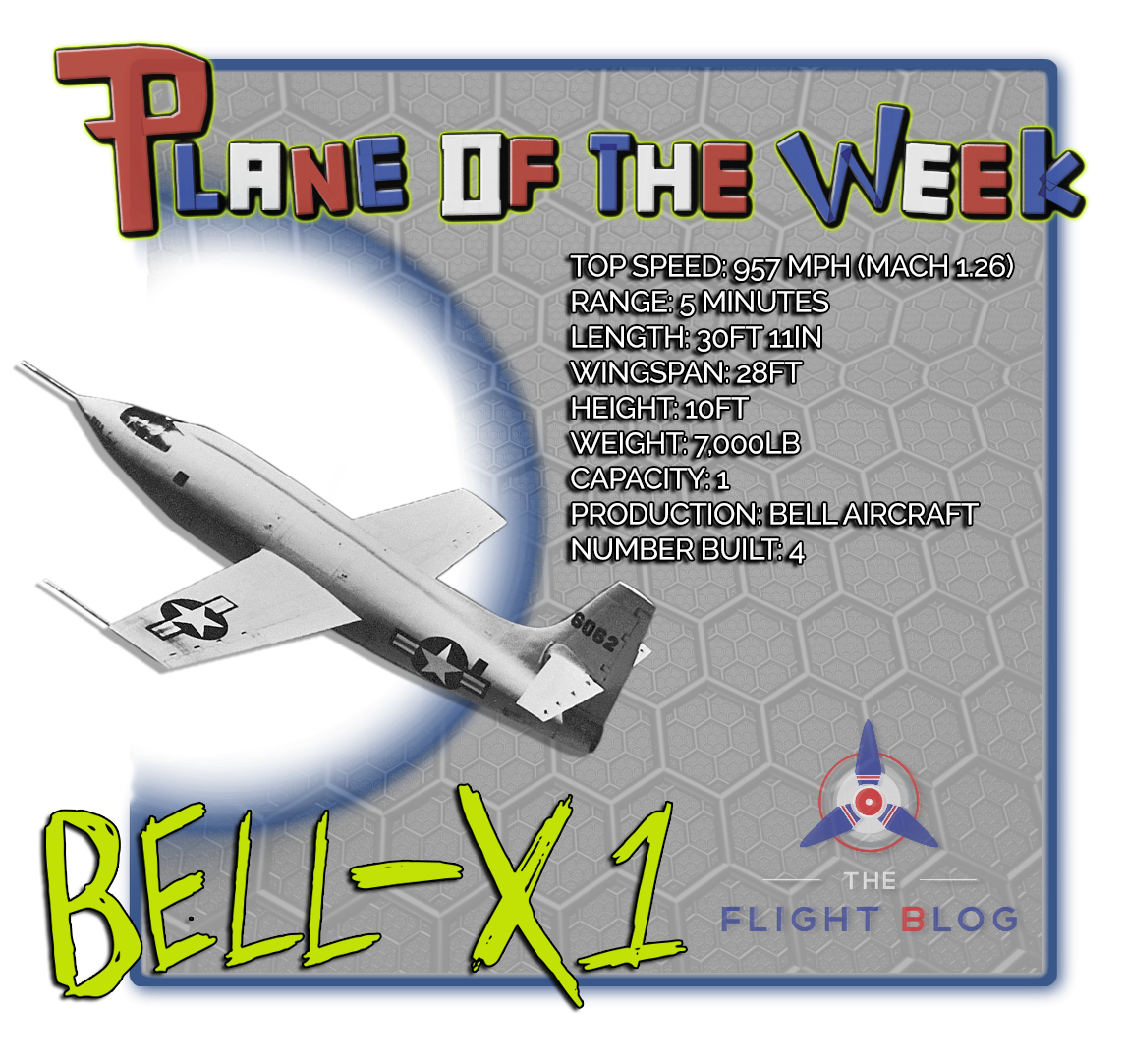 Beginning in 1946, two of the experimental research aircraft took part in pioneering tests at Muroc Army Airfield in California. Bell Aircraft chief test pilot Jack Woolams was the first person to fly the XS-1. When Woolams was killed during a practice flight (for the Air Races in Cleveland) on August 30, 1946,  Chalmers "Slick" Goodlin because the primary Bell Aircraft test pilot.

On October 14, 1947, Captain Charles "Chuck" Yeager piloted the first manned flight faster than Mach 1.0--the speed of sound. Yeager flew Bell X-1 USAF aircraft #46-062, nicknamed Glamorous Glennis for his wife. The airplane was drop launched from the bomb bay of a modified B-29 Superfortress bomber. This was XS-1 flight number 50.

The research techniques used for the X-1 program became the pattern for all subsequent X-craft projects. The project assisted postwar cooperative between U.S. military needs, industrial capabilities, and research facilities.

NACA's flight data collected during the project tests became invaluable to US fighter design throughout the latter half of the 20th century.