Part of the Musketeer family, the Sundowner is a low-winged, single-engine, light aircraft produced by Beechcraft. The line of aircraft was produced from 1963 through 1983, with over 4,300 having been made.

The Sundowner was originally the Model 23 Musketeer until it was renamed the -Sundowner- in 1972. This aircraft (the 23B and 23C models) can be used for aerobatics when properly equipped, though performances are limited to simpler tricks. A total of 2,331 Beechcraft 23s were produced until 1983. 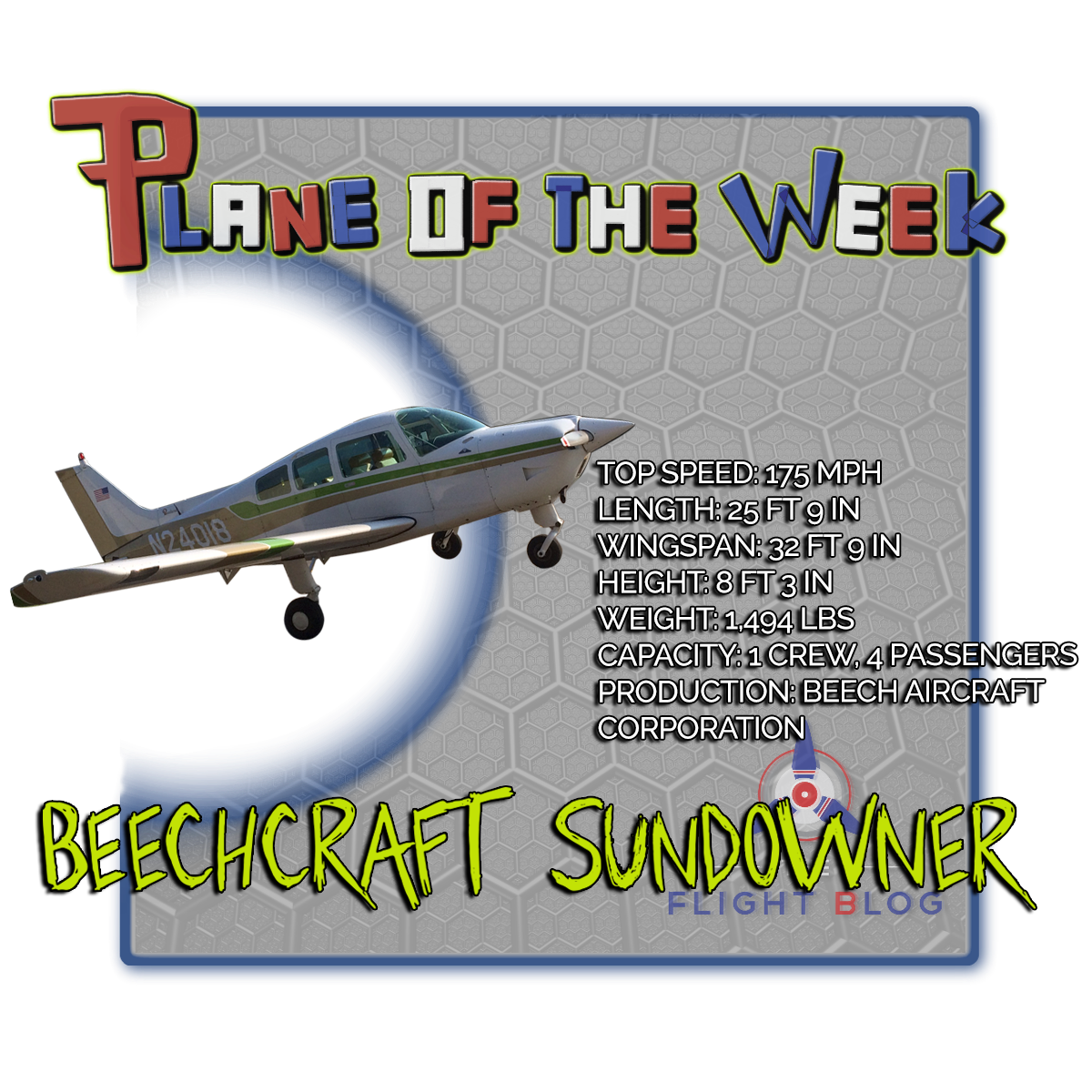 This aircraft features a wide fuselage that, while it impacts airspeed, provides plenty of room in the cabin for passengers. The tanks can hold over 50 gallons of fuel, but filling the tanks of this plane actually impacts the number of people you can put into the plane (weight restrictions apply here). The wraparound windshield, paired with the large windows, offers excellent visibility to those aboard the plane. While the aircraft's speed may be limited, many love the room and the views they get compared to other, higher-speed aircraft.

On this particular aircraft, the landing gear uses an idler link gear system that features a compressed rubber puck suspension system. In comparison, other planes use everything from fiberglass-sprung main gears to spring-steel main gears. As a result, the landing performance of the Sundowner is different from other planes. Touchdowns often come along with skipping idler links, but smooth landings come to those who practice. It takes some skill to fly this plane.


Because of this, wheel fairings are from aftermarket manufacturers who have designed and tested them specifically for Musketeers. The aircraft features a Lycoming O-360-A4J engine.

If you think your plane has what it takes to make it in the #AOOFlightClub, be sure to sign up for our Aviation Oil Outlet newsletter here so you know when we open submissions for the next round.