The Aichi D3A was a carrier dive bomber primarily used in WWII that played a role in almost every Imperial Japanese Navy mission.

The D3A replaced the D1A biplane in the mid-1930s as a faster plane that was able to handle the same tasks. Aichi, Nakajima, and Mitsubishi submitted designs to the Japanese Navy for the replacement. The Navy requested further information and a full prototype on ideas suggested by Aichi and Nakajima.

The first prototype appeared in 1937 and was powered by Nakajima Hikari 710 horsepower engines. Flight trial results were fairly disappointing because this version of the D3A was underpowered. Further, the dive breaks vibrated heavily when the plane was going 200 knots. It also demonstrated directional instability during wide turns and would snap roll when taking tight turns.

D3A's second version tackled issues the first version presented. Aichi's lead team member, Tokuhishiro Goake, designed the plane for the company. It had an elliptical wing and non-retractable landing gear similar to the German Stuka dive bomber. It also did not have internal bomb storage.

The new Aichi version also featured increased power from replacing the Hikari 710 engine with an 839 horsepower Mitsubishi Kinsei 3. Designers also enlarged the vertical tale to help overcome directional instability. Snap rolls were addressed with wings larger in their span that were designed to intentionally reduce lift. The model was selected for mass production over the Nakajima model. 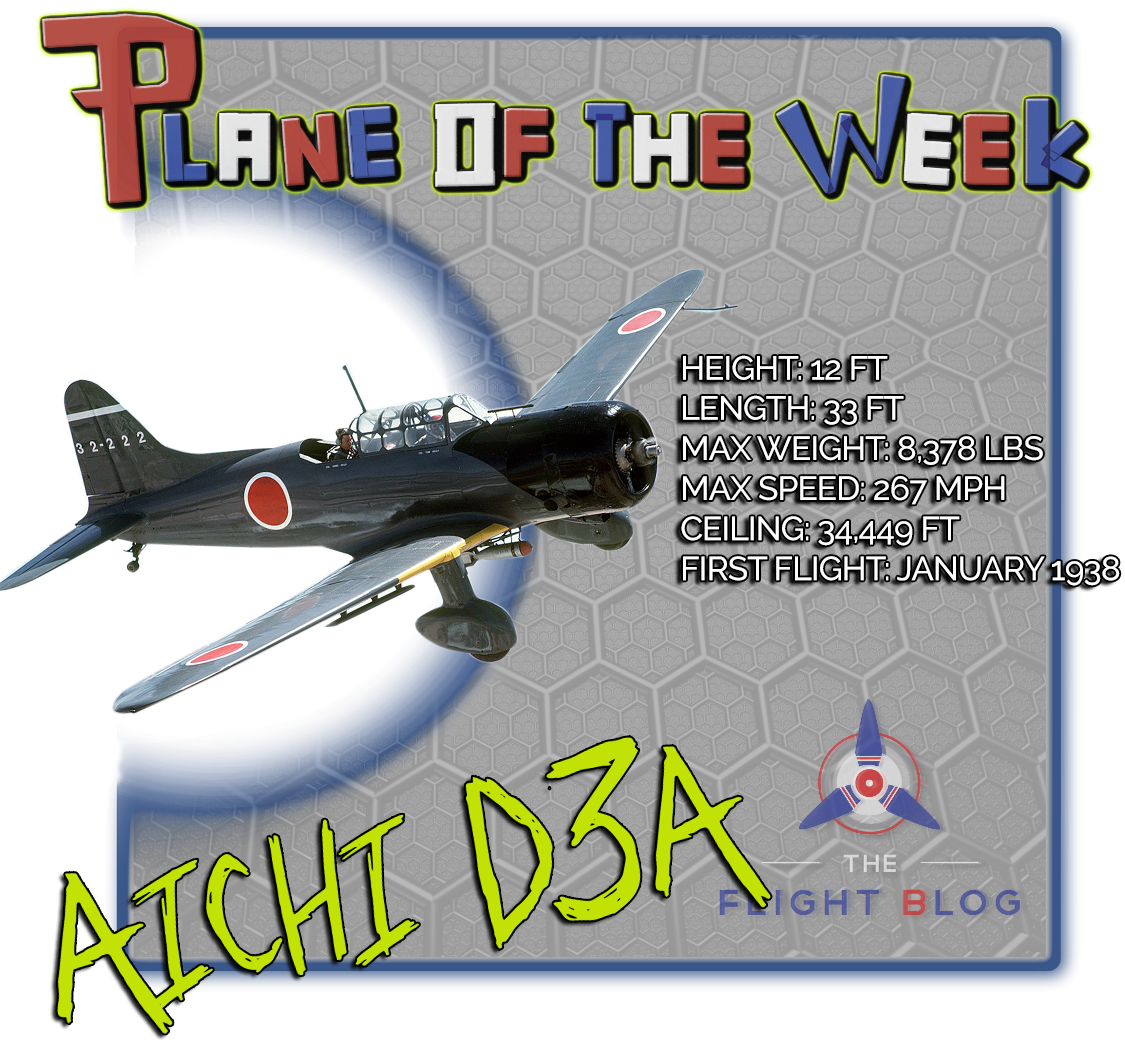 Although largely thought to be obsolete, the Aichi D3A played a significant part in the Pearl Harbor attack on December 7, 1941. The event restored confidence in the aircraft's ability and maneuverability.

The plane continued to be utilized during the war until 1842 at the Battle of Coral Sea. The battle was disastrous and the planes began to be phased out from duty. Many D3As ended up as two-seat, dual-control trainers for Kamikaze attacks in the final months of the war.