Something we don’t talk about enough are helicopter pilots. The field is certainly a tough one, and we really wanted to get in the head of someone who flies these amazing machines.

We sat down with Michael Little (right in the below photo), who currently flies as a hobby and is working on his master’s in aerospace engineering at Embry-Riddle Aeronautical University. He typically flies Robinson Helicopters (R22, R44, and R66). 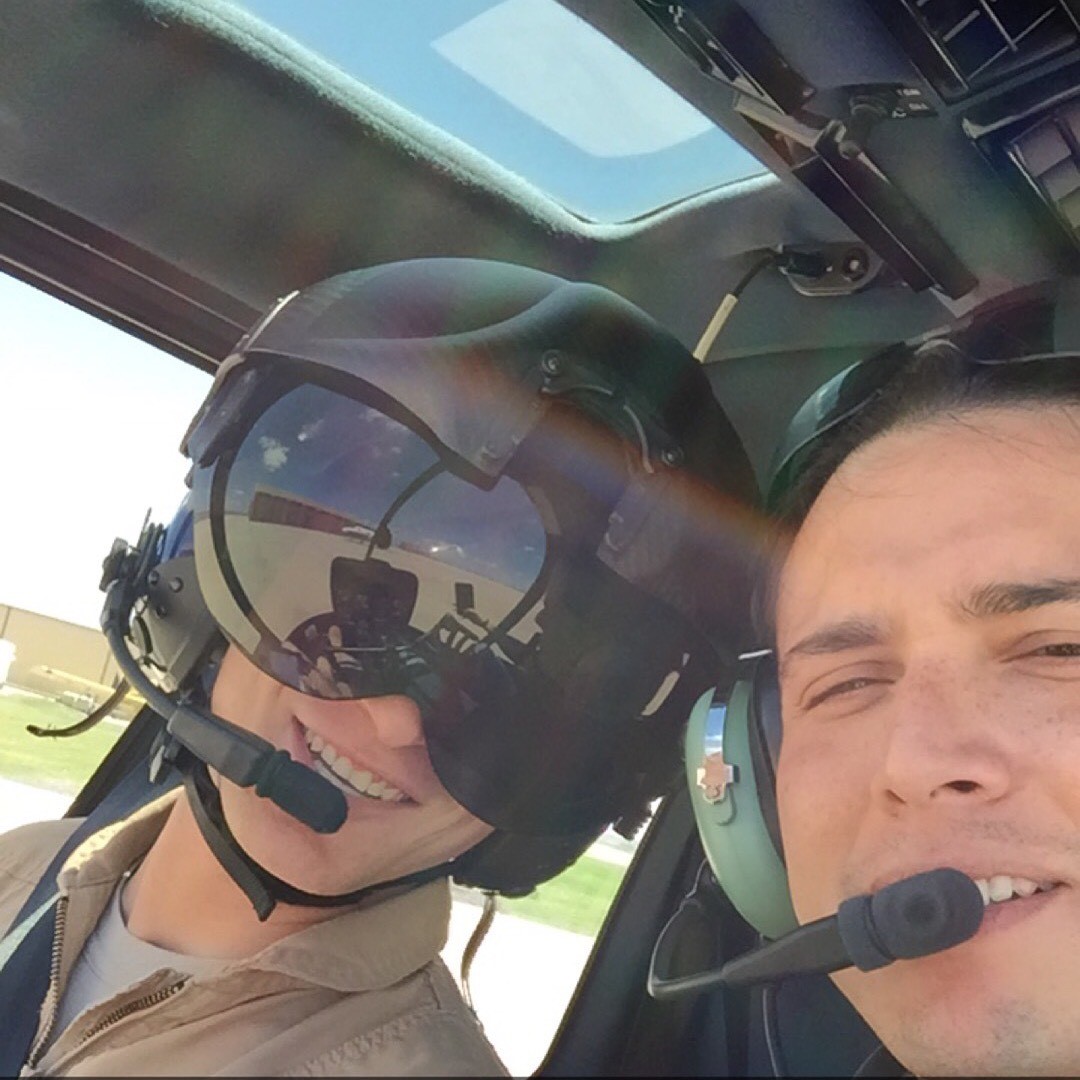 We sat down with him and asked a few questions about what got him interested in flying!

What was the craziest thing you have experienced or seen while flying?

The oddest experience while flying would have to be something that happened at flight school in Kansas while we were conducting traffic patterns around the airport.

While on short final, I saw a car that had crashed recently down the side of the road that ran perpendicular to the runway I was landing on. We immediately got on the radio for somebody to call the police and continued to circle around the crash.

When the police arrived, they had a hard time finding the car, so we were forced to hover over the road and stop traffic to assist the officer. I never found out what happened after that, but the car was badly damaged from the fall.

What motivated you to study and train for your helicopter license?

I had recently left the Marine Corps, and like most veterans I went to school using my GI Bill. I finished school and landed a job working for Wells Fargo. It just wasn’t the life for me, and after seeing a fellow Marine on Facebook flying helicopters, I messaged him and asked how he did it.

I quit my job a month later and moved to Kansas to start school. Wouldn’t change it for the world.

How did you feel the first time flying a helicopter?

I’m very scared of heights, but my father once told me, “you must do the things that scare you.” This memory. The first time I flew was in the middle of the summer in Kansas. The instructor took the doors off and proceeded to give me an intro flight.

The airport had two meat processing plants near it, and it smelled horrible. I remember grabbing onto the seat scared out of my mind as he took sharp turns to the right. We landed, and I knew I wanted to do that for the rest of my life.

What is your ultimate goal to accomplish as a pilot?

My ultimate goal is to work for Lockheed Martin as an Aerospace Engineer.

I was never informed how hard it would be to gain experience in this industry. It seems you need way too many hours for entry level jobs, and where does one gain 1,500 hours of turbine time?